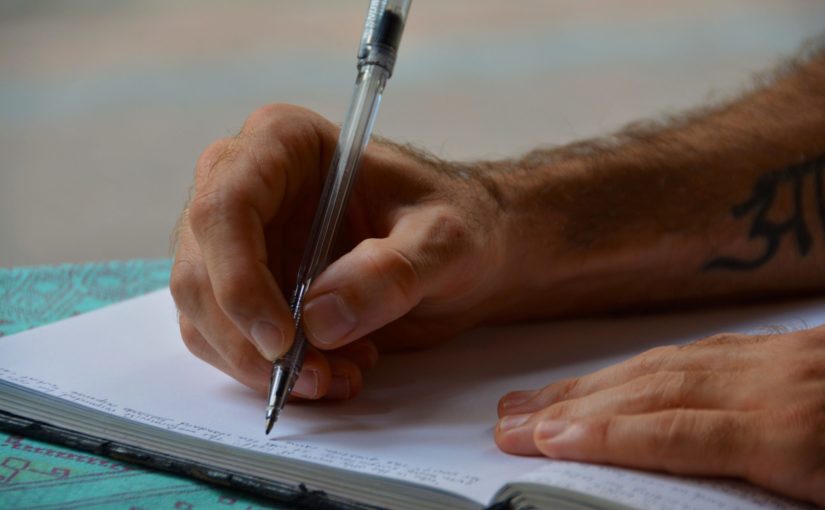 To help you avoid that fate, today I’ll explore what I’ve learned over the years about writing query letters. In that way, you might have a guiding light and won’t have to learn by trial and error like I did.

Who is it for?

Many beginning freelancers believe that because the query letter is about what they’re capable of, it should be about them. The one thought does seem to logically flow from the other.

But it is entirely wrong.

I mean, if you walked into a car lot, would you let yourself be talked into buying a car if the salesperson only talked about themselves? Of course not! You’d get out of there right quick. Instead, you expect the salesperson to talk about the car and what it is capable of in relation to you. And you wouldn’t expect them to get to it after a while, but immediately.

It’s the same for editors and potential clients. They don’t care about you. Why should they? They don’t even know who you are! Instead, you want to focus on what does matter to them:

So don’t start with ‘my name is Sammy, I come from England and I like oranges’ or some variant thereof. The editor does not care what your name is, where you come from and what you like – at least not this early in your email. What’s more, by starting your letter in that way, you’ve already made clear you’re an amateur who doesn’t understand what they are doing.

Instead, focus on their interests, wants and needs.

Now, that doesn’t mean you don’t talk about yourself. Of course you do. After all, what you do is the service you offer. Every time you do, however, you have to make sure that it’s relevant to the recipient’s needs.

That relevance can be implicit. For example, if you’re writing to a travel magazine, you don’t have to explain why you’re telling them where you’re going to be. They can understand that. Similarly, you can spend a few lines on demonstrating your colorful personality. After all, we all prefer working with people we like.

But with every line, you have to look back to the bullet list above and see that it fits into it. If you can’t figure that out, then it shouldn’t be a part of your text.

Brevity is the soul of the query letter 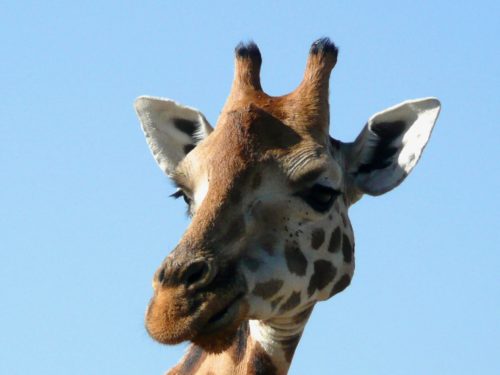 The best way to get people to understand that you’re not going to need oceans of their time is by showing them. This isn’t just for them. It’s for you as well. After all:

For that reason, keep your query letter short. Generally, I follow the rule of thumb that if I have to scroll on my laptop it’s too long.

A good way to make it about them – use their names

It seems so unimportant. And yet, putting in somebody’s actual name can have a profound effect. For example, take this study Crazy Egg reported. When a company tested two different subject lines – one with names the other without – there was a 40% difference in how often the email was opened.

It makes sense if you think about it. After all, when you use my name, I feel you’ve taken a personal interest in me and my organization. That makes me want to do that extra bit to find out what you’ve got to say.

It really goes without saying, but make sure you spell their name correctly! Because, while grammar and spelling are important nothing is quite as annoying as somebody misspelling your name.

Personally, I tend to copy and paste to make sure I get it right.

The ‘Would you be interested in a query?’ query letter

Here’s a great trick that works surprisingly well. Instead of pitching your ideas right away, only tell them about your skills set. Then ask them if they’d like you to pitch.

The obvious benefit is you don’t have to come up with ideas for groups who wouldn’t be interested anyway. That saves you a lot of time. That isn’t the biggest advantage, however.

It lies in the fact that when they do ask you to pitch, their mindset has subtly shifted. You’ve managed to decouple ‘do you like me’ from ‘do you like my ideas’. In this way, even if they reject your pitches, you’re not out in the cold. Instead, you can often just pitch again.

The only drawback of this strategy is that the focus of your first letter is now on your portfolio. And if it’s not up to scratch – possibly because you’re inexperienced – you’re making your life more difficult instead of less so.

Of course, you often need fewer references than most people realize, so it’s often not as big of a problem as you think it is. Why is that?

How we weigh value 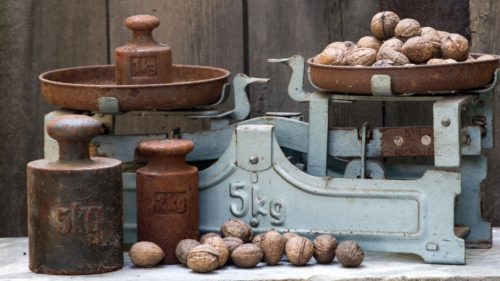 Have you heard of the less is better effect? It’s a fascinating finding. Here is a summary of one experiment that explored it.

Participants were asked to tell the experimenter how much they would pay for one of two dinner sets. The first one contained eight dinner plates, eight soup bowls, and eight dessert plates. The second set contained the same items, plus six cups and seven saucers (with the study stating two cups and one saucer were broken).

Now, if you compare those two things side-by-side the second set is better. It contains the exact same items as the first group, plus several extra. And when participants were asked to compare them that way, that’s exactly what they felt. They weighed the second set as more valuable.

But when they were asked to evaluate them separately, that was not how they felt at all. Instead, the second set was considered far less valuable, with participants saying they’d pay almost $10 less for it.

The reason is we’re blind to quantity. We don’t weigh each individual item and add the price together. Instead, we grab a round number and then adjust. In the case of the second set, we adjust it downwards because of the broken objects.

Interesting, right? But how, you ask, does this relate to your query letter? Well, it means that if you’ve got some items that aren’t your best quality, they’ll drag your evaluation downwards.

Less is more. Link only to your best articles, as counter-intuitively they will actually end up making you look better.

My strategy is to provide links to my best and most relevant articles as well as a link to my portfolio. I even have two portfolios – a short one and an extended version.

And finally, I’d like to spend a bit of time on the subject line, for it – hands down – the most important part of your query letter. For if it’s crap people won’t look much further.

For that reason follow these guidelines:
* The subject has to tell the recipient what your email is about. That means you don’t say ‘hey, how are you?’ or ‘Do you have a sec?’ as that doesn’t give your recipient the information they need. Instead, you want to put in keywords which make what you want clear and will help your recipient understand what your email is about. For example, you could put in ‘query letter: I hear you’re looking for experienced freelance writers?’
* Front load your subject line. Many email programs don’t show users a lot of characters so you want to get straight to the point. What’s more, the earlier you say what your email is about the easier it is for me to understand why I should care. Above that’s accomplished by putting the words ‘query letter’ right at the beginning.
* Make clear what’s in it for them. Remember what I said above about framing? That already applies in the subject line. In the example above, for instance, I’m offering to help them find experienced freelance writers. Of course, there are other ways to achieve the same thing. You could also focus on the actual problem they need a freelancer to solve. For example, you might focus on what they’re after – high-quality copy. After all, that’s what the freelance writers are for!
* Intrigue them. Remember those ‘you never believe what happened next’ articles? For a while there, they worked well as people wanted to find out what they could not believe. Of course, they were about as subtle as a sledgehammer which was their downfall. Still, there is a valuable lesson to be learned them from them – and that’s the power of mystery. In the example above, the mystery is brought in by the ‘I hear’. It suggests somebody told me. Many recipients will want to find out who that was.
* The power of association. Have you been told to reach out by a common acquaintance who is well respected by the recipient? Then use them! Yes, right in the subject line. For if the recipient holds them in high regard, then they can’t help but open your email. Note that this only works if they actually respect your mutual acquaintance. Otherwise, you might only want to hint at the common connection with such words as ‘I was told’ and ‘I hear’.
* Use your personality. A lot of freelancers use dry business speak in their emails. That’s a mistake. We already get plenty emails that are about as exciting as a postage stamp. Don’t add to it. Instead, show how you’re different. This has an added advantage. They don’t appreciate your personality? Well, then you don’t really want to work with them, as down the line that would have led to conflict anyway. Personally, I’ll sometimes use the word ‘travelancer’ in my subject line. As it’s not actually a real word, only off beat editors will appreciate it.

Note that all these rules apply as much to the body of your text. So don’t abandon them because you’ve written your subject line.

So there you go 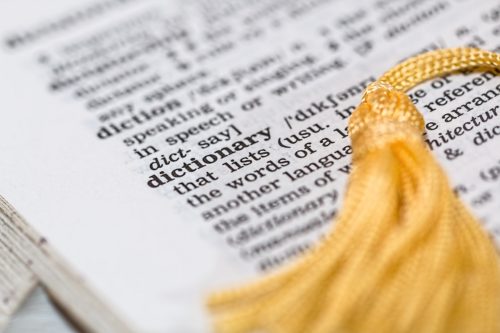 Hopefully, these tips will give you some great insights into how to write your query letters. Of course, there will still be a lot to learn and even if you’re a master, you’ll still get rejected a lot. That’s the name of the game. Don’t take it personally.

Oh yes, one last thing. As I mentioned before, you have to follow up. Often, dropping somebody a line a week later can boost the chance somebody will get back to you. You don’t have to make it anything fancy. Just remind them in a non-aggressive manner you sent them a message a while ago and if they’ve had a chance to look at it. I’ve often found people are much more likely to get back to me when I do that. And sure, sometimes it’s still a ‘no’. But that’s better than not knowing why they didn’t reply. For at least you’ll know what they weren’t happy about.