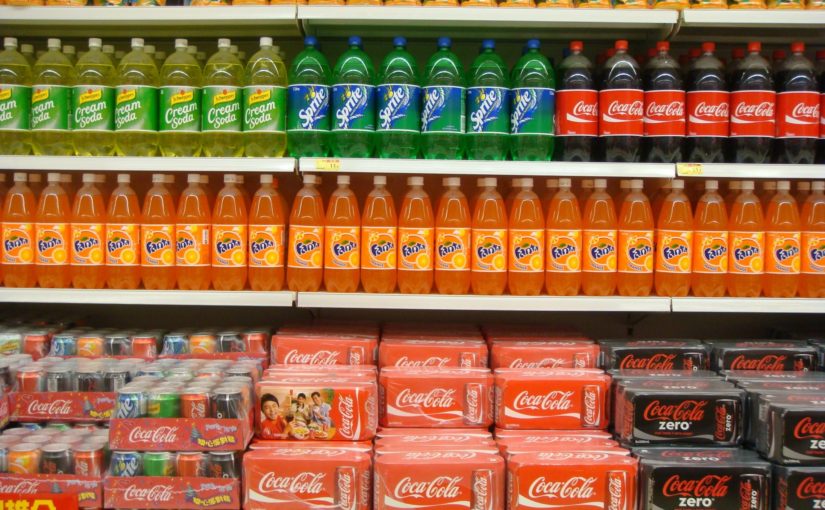 What if too much choice is bad for us? Is it possible many modern ills can be laid at the feet of our unbridled options and their consequences? Could it be that this uncertainty we’re feeling is down to there being too many decisions? Perhaps, instead of liberating us, all these decisions we have to make oppress us instead.

Are we living in a tyranny of choice?

The term ‘Tyranny of Choice’ is not mine (I wish). Instead, it was coined by the psychologist Barry Schwartz. The idea, as he explains in an article, is that while we believe as a society that more choice is better, research shows that’s not necessarily true. For many, more choice creates less well-being.

The reason that some experience a fall in well-being is down to something Schwartz calls ‘maximizing’. Mind you, we don’t all do this. Some of us are ‘satisficers’ – or willing to go with the first option that satisfies our criteria. So, if a satisficer is buying toothpaste they’ll grab the first box that satisfies their conditions – say one that says ‘extra fresh’ on the label.

For maximizers that’s not enough, though. They’re after the best. So, even when they find one product that is good enough they keep going. Then, after they’ve found several, they’ll compare them. As you can probably guess, the more products there are, the harder their choice becomes. How do you decide how different dimensions compare? For example, how do flavor, quality, cleaning power, if it was made ethically, price, and size compare when buying toothpaste?

Even more problematic is the concept of anticipated regret. What if I pick one – say whitening – and lateron realize that wasn’t the toothpaste I wanted after all? Then I’ll feel bad. And as I don’t want to feel bad, I’m better off not buying any at all.

Yes, anticipated regret is a real thing. In one experiment, where shoppers were offered a larger selection of jam, they ended up buying less. Dramatically less, in fact. When people were offered 24 flavors instead of 6 they bought ten times less. In other words, too much choice is as oppressive as too little. Even if that oppression only happens in our own minds. Hence the name ‘Tyranny of Choice’.

And that’s interesting in its own right – particularly if you own a supermarket or work in marketing. But it becomes even more fascinating when we take it out of the supermarkets and consider it at the level of society.

What are the ramifications of too much choice then?

The Dizziness of Freedom

Scot Atran, director of research in anthropology at the CNRS, École Normale Supérieure, and a senior research fellow at the University of Oxford, recently wrote an (exceedingly long) article about the similarities between the Alt-right and global jihad. In it he says:

The Western creations of the nation-state and the relatively open markets that today dominate the global political and economic order… have largely supplanted age-old forms of governance, social formations and economic activity that involved whole communities of people that once intimately knew one another. [This has] transformed people in the farthest reaches of the planet into competitive players seeking… fulfilment through material accumulation and its symbols. But market-driven competition often comes at [a] steep personal and social cost. When communities lack enough time to adapt to all the innovation and change, its members may fall short of their aspirations; anxiety and alienation bubble up, and violence can erupt along prevailing political and religious fault lines.

It was religious philosopher Søren Kierkegaard who first discussed ‘the dizziness of freedom’ and the social disruption that it creates. Seizing on the idea in Escape from Freedom (1941), humanist philosopher Erich Fromm argued that too much freedom caused many to seek elimination of uncertainty in authoritarian systems. This has combined with what social psychologist Arie Kruglanski calls ‘the search for significance’, propelling both violent jihadists and militant supporters of populist ethno-nationalist movements worldwide.

Now, the idea of too much choice is hardly the only one there. Other prominent concepts include:

Nonetheless, the Tyranny of Choice is still there even if professor Atran does not name it as such. Instead, it is encapsulated by such statements as ‘dizziness of freedom’. We can even find back hints of the idea of the anticipation of regret if we squint and tilt our heads. Why else seek out the elimination of uncertainty?

And the consequences are severe. Prof Atran points out, “the values of liberal and open democracy increasingly appear to be losing ground around the world to those of narrow, xenophobic ethno-nationalisms and radical ideologies.”

It’s not just that we feel we’re making the wrong choices, but that many feel we’re getting terrible advice. We’re assaulted from the television, our smartphones and billboards by companies and celebrities selling us their crap. How they’re selling it to us is by packaging their goods as shortcuts to happiness or belonging. A message there is ever more evidence is patently false.

Even worse, many feel this barrage is twisting our values towards consumerism and instant gratification. Values which are polluting and destroying the very world we’re living on.

And yet the companies and marketers don’t seem to care. Instead of retreating in the face of the science making them out for liars, they continue their offensive. Moving, as Tim Wu explores in his book The Attention Merchants, to try and capture whatever unclaimed attention still remains. Even if they have to go into our schools to do it.

Now, don’t get me wrong. I’m not suggesting that companies are all evil. In truth, most don’t have much choice. If they don’t do it, somebody else will and force them out of business in the process.

It’s like when you’re walking through one of those areas where dozens of touts trying to pull you into their restaurant. No doubt, many individual restaurants would prefer not to do this. The thing is, one more or less doesn’t make much difference to how horrible it is to walk through that street.

Not having a tout accost people outside your restaurant, in the meantime, means losing customers. So many feel they have no choice. And so, together they create a tourist’s hell. This an example of the tragedy of the commons, with a bit of an arms race thrown in for good measure.

Of course, whether it’s intentional or accidental doesn’t change the outcome. Every day we’re exposed to a stream of manipulative messaging which purportedly wants to make us happy, healthy and free but in truth couldn’t care less.

That would seem to be a textbook case for anomie, don’t you think?

Perhaps that’s why people are losing faith in the governmental system that let things come this far. Scot Atran again:

According to the World Values Survey, the majority of Europeans do not believe that living in a democratic country is ‘absolutely important’ for them. This includes most young Germans under age 30, and especially their elders in former communist East Germany who, in September, voted into Parliament the Right-wing populist party Alternative for Germany… in the US, political scientists Roberto Foa and Yascha Mounk find that nearly half of American citizens lack faith in democracy; more than one-third of young high-income earners actually favour army rule, presumably to halt rising social unrest linked to income inequality, job insecurity, and persistent failures in racial integration and cultural assimilation in an age of identity politics.

Admittedly, when put like that, it does sound very similar. Except, of course, that in a tyranny of choice you might have too much choice, but at least you can still choose. In an actual tyranny, in the meantime, those choices are made for you. And as the Daren Acemoglu from MIT and James Robinson from University Chicago explain in their book Why Nations Fail, those choices almost always benefit only the dictators and their hangers-on.

So what do we do about it? 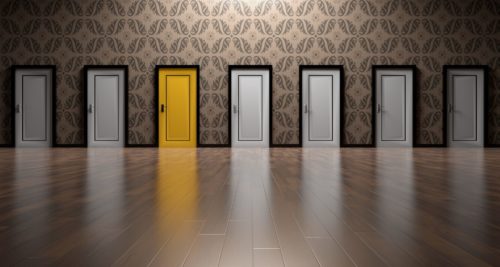 Let’s start with what we can’t do. We can’t limit choices. For if we go down that road, who gets to decide what choices we can and can’t make? whoever we leave it up to and however well-meaning they might start out being, eventually they or others will use this power to benefit themselves and their philosophy.

And the only thing worse than having too many choices is having only bad ones.

So if that’s not an option then what can we do? I can think of a number of things:

First, we should listen to what Barry Schwartz said about maximizing and satisficing. We have to stop wanting perfection and start focusing instead on meeting our criteria. That might sound disappointing, but the truth is that perfection does not exist. Besides, we’re not very good at knowing what ‘best’ is for us anyway.

That’s because, as the psychologist Daniel Todd Gilbert explains in his book Stumbling on Happiness, we’re bad at predicting what makes us happy. What makes us happy right now, yes. But what will make us happy in the future, no. Better then to focus on shorter-term goals that are achievable and reevaluating our choices as we go. (Though perhaps don’t reevaluate too much).

Second, we need to let go this idea that every choice has to be the right choice. If we believe this, then that gives rise to this sense of anticipated regret. We’re allowed to make mistakes. In fact, a life well lived is full of them. A mistake is only bad if we let them keep us down and we learn nothing from them. And besides, the worst mistake of all is allowing ourselves to be paralyzed by our own fair of failure.

Third, we need to protect ourselves from the advertisers and marketers. This is what Tim Wu has to say in the conclusion of the Attention Merchants:

What is called for might be termed a human reclamation project. For comparison, consider the sort of effort undertaken to reclaim some (other) natural resource, as when returning the land under an abandoned parking lot to wilderness. Over the coming century, the most vital human resource in need of conservation and protection is likely to be our own consciousness and mental space. In practice, a movement might begin with individuals making incremental changes, ones as simple as setting aside blocks of time, like the weekend, to be spent beyond the reach of the attention merchants. The first stirrings can be seen in the existing practices of “unplugging” or taking “digital Sabbaths.” The same impulse can lead also to reclaiming more physical sanctuaries, not only the writer’s backyard shed, but the classroom, the office, and the home, as well—any place where we mean to interact with one another or achieve something we know requires a serious level of concentration. In this way, the practice starts paying communal dividends as well as profiting the individual.

Fourth, as a society, we need to put our foot down and create more sanctuaries from marketing and advertising. For example, we should not allow it into our schools and non-commercial spaces. While we’re at it, we should also demand more truth in advertising. For it’s unacceptable that in chasing our dollars, advertisers undermine our morals and values.

And fifth, we also need to stop throwing out the baby with the bathwater. It is not the fault of democracy that we have embraced rampant consumerism. Nor is it inevitable. In China, they’ve managed to create consumerism without democracy. So why shouldn’t we be able to tone down the consumerism without giving up on governing by the people? For, as Winston Church said: