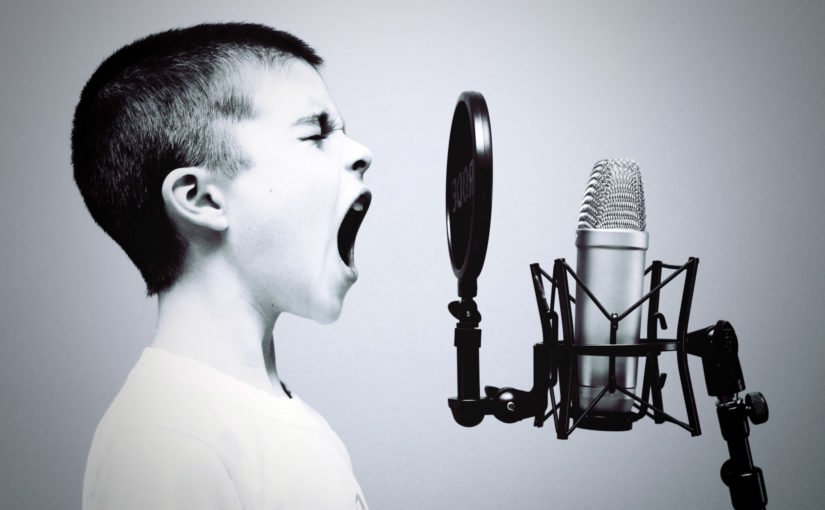 I keep running into some incarnation of this question in nomad circles. Only this week it reared up again in a Facebook group dedicated to digital nomads. In this case, the question was, ‘when digital nomads outsource their work over the internet to low-paying countries are they exploiting them? Isn’t that damaging the digital nomad image?’ The discussion got heated. Nasty things were said.

To be fair, the original poster didn’t frame the question quite like that. Sure, they used a question mark, but it wasn’t actually a question. For them, the issue was already resolved. Now it was just time for everybody to agree. Low wages weren’t fair. They were exploitive. The digital nomad movement was betraying its roots. Anybody that disagreed with them was a small-minded greedy capitalist.

As you can expect, many people – particularly those who outsourced work to low-paying countries – weren’t happy. Who likes to get judged, right? Some of retorted with well-reasoned arguments. Others were nasty, brutish and small-minded – thereby proving the original poster right about that part.

Between the insults, yelling and somebody downvoting the original poster’s website (shame on them) interesting things were said. I’ve written a condensed, more structured version here for the sake of posterity.

The argument consisted of four parts:

1. All people are equal and should be treated as such.

2. It is, therefore, immoral for people to pay less money for the same job based on where a person is located.

3. The digital nomad movement, which is open-minded and has experienced living in poor countries, should set an example.

4. Only in this way can digital nomads maintain their positive image.

On the face of it, that sounds like a pretty strong argument. During the discussion, though, people attacked each point. Let’s look at each in turn.

All people are equal and should be treated as such 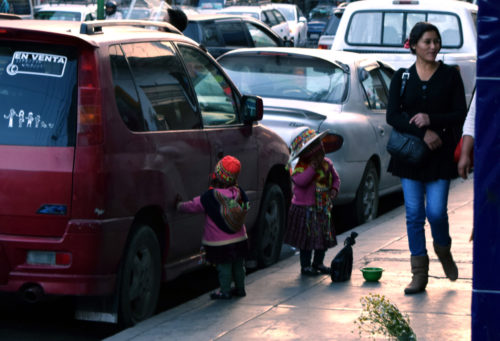 It would sound like you couldn’t take issue with this argument, right? Well, it turns out it isn’t that hard. In this argument, two different forms of equality are being confused.

The first form – the one that I don’t think anybody has a problem with – is that all lives should be valued the same. It doesn’t matter whether a person is born in Taiwan, Timbuktu, Tokyo or Tennessee. Their lives hold the same intrinsic value.

The second form of equality is one related to economic productivity. The more productive you are and the better the product you produce, the more you should earn. Employers aren’t paying you for some intrinsic value, but for the product that you deliver. This is why we pay different wages to doctors and grocery packers.

Which, on average, means they’re going to be more productive (no arguing by way of anecdotal evidence please).

Even if two people who are equally skilled and capable in different regions, their productivity will still not be equal. After all, in poor countries, there are a lot more obstacles. For example, the power goes down, the internet is slow and many modern tools are simply not available.

Now is it fair that the person in a developing nation doesn’t have the same opportunities? No, of course not. This is not the fault of the employer, however, and not something you can argue they should pay for.

It is, therefore, immoral for people to pay less money for the same job based on where a person is located

Now, no doubt some of you are already huffing, puffing and scrolling towards the comment section. After all, that explains a small difference between developed and developing nation salaries. It certainly doesn’t explain why people in the US get $30 an hour, while, say, a Bangladeshi has to make do with $5, though. After all, the person in the US generally isn’t 6 times as productive or their product six times as valuable.

Here too several arguments were offered:

Make of these arguments what you will. Somebody correctly pointed out that point three doesn’t make a very valid argument. After all, they wouldn’t take the job if they didn’t need to make money to live. What’s more, they’d be far happier if you offered an even better paying job.

One point nobody mentioned but was still valid goes like this:

There is a certain cost associated with an employer from a foreign culture coming in and employing people in developing nations. There are a lot of problems that might crop up. These include cultural complications, language troubles, time differences, banking problems, and corrupt governments.

If these employers have to pay close to the same rates as they’d have to pay back home, then why would they use foreign workers? They wouldn’t. The incentives wouldn’t outweigh the costs. The consequence? No jobs, no transfer of skills and no opportunities for people in developing nations to take their place in the global economy. And so, the developing nation workers will have to accept lower pay – at least to begin with. Now I’m not arguing it should be 1/6th, just that it should be lower.

So is it bad to pay low salaries?

Of course, that invites the question: do these lower wages harm or help the people in these countries? Despite what some equality campaigners may say, the evidence is pretty much unequivocal in this regard. (Just make sure that you don’t confuse within-country inequality and between-country inequality).

Even in the original discussion, this point was already made. Several people from less developed areas also took part. They said that because they accepted lower wages to begin with they’d been able to improve their situation. They argued that working for local employers had been far worse.

The statistics support this. Despite what the anti-globalism camps may say, globalism has crushed poverty. That argument about how it was just India and China that have seen a dramatic drop in poverty and that if you leave them out of the calculation the evidence is far more mixed?

What’s more, the type of work that’s on offer in most digital nomad circles isn’t factory work. These are internet-based jobs that teach valuable knowledge-based skills. When the job is done, the person will still have those skills and use them towards their own ends or to help develop their country.

I know this from personal experience. I might not have been born in a developing nation, but when I started working as a freelancer I was living in one. I accepted lower-end wages so I could learn the ropes. Now I’m back up to western-style wages. Now, naturally this won’t work for everybody or every job that is outsourced, but it is important that the opportunity is there.

The digital nomad movement, which is open-minded and has experienced living in poor countries, should set an example 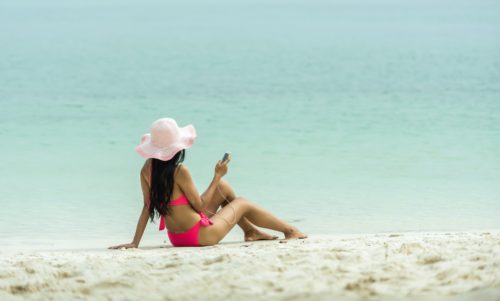 Even if you disagree with all this, though, there is the third point. Here the argument makes the biggest, most unequivocal error.

Digital nomadism isn’t a movement, like the hippies or occupy Wall Street were. It isn’t about protesting against anything. It isn’t centrally organized. It does not have a set of tenets.

Instead, it is a bunch of diverse people who’ve decided to try living abroad and work from there. That is all that they have in common. Sure, some digital nomads moved to make the world better. I hope to count myself among them. For others, however, it was just because it was cheaper, the weather was better and they wanted to pay fewer taxes.

Maybe there is a digital nomad personality. Who knows? The research isn’t in yet. We shouldn’t assume it, though. Instead, we should accept is that the only two things tie us together. We don’t live at home and that we have a cool label.

In the future, as more people take up the life, the field will no doubt splinter like the original poster’s faith in digital nomads has. We’ll have a bunch of new labels (Who wants to be a Travelancer? Any takers?) and we’ll have people splitting up based on career, beliefs, and nationality.

It would probably already have happened if not for the fact that we need a simple search term to find information and each other.

Only in this way can digital nomads maintain their positive image

Here too an assumption is being made and it is that our image is about helping other communities. It isn’t. You only have to listen to the interviews, read the articles and speak to people back home to know the truth of that.

Most people don’t talk, write or ask about how we’re making the world a better place. Instead, it’s all about how it feels to be happy and work from a beach, how nice it must be to leave the 9 to 5 behind, if we really have to work only 4 hours a week.

Digital nomadism isn’t about leaving behind ‘neo-capitalism’, as some fantasize. In fact, the two are interlinked. Only because companies are now comfortable outsourcing to somebody that they’ve never met can most of us work abroad.

Our positive image doesn’t depend on whether we’re exploitive or not. It depends on pictures of people living it up in foreign climes for little money. It depends on people being able to work while they travel the world. It depends on photos of beautiful villas that make our countrymen back home jealous.

So am I saying this argument is a stupid one?

I just disagree with the argument as it was framed above in two vital ways:

Equality is not ‘yes’ or ‘no’. It is a gradual process, where we strive towards a goal. We do so by improving wages, transfering skills and creating awareness that things can be (and should be) different.

Many people might want a revolution, but just look at what Occupy Wall Street and the Arab spring accomplished to see the dangers there. Sometimes revolutions are ineffective, other times they make things much worse. Remember Aesop’s story of the tortoise and the hare? Incremental but steady progress might not be as flashy, but it is far more likely to get you there in the end.

Who are we anyway? Stop trying to co-opt the digital nomad ‘movement’ to suit your personal philosophy. Sure, your ambitions are admirable. I don’t dispute that. That doesn’t deal with a far more fundamental point, though. And that is that digital nomadism isn’t a movement. It’s only a label, like ‘Apple users’ and ‘artists’. As such, you’ll never get them to do what you want.

If you want to make the world more equal, start with yourself. Lead by example by offering western-style wages to developing nations. Find those who do agree with you. Redefine your ‘we’ to where there is actually a movement to speak of. Then, from that more stable platform, start changing the world. Do that and you’ll actually have a chance of success.

Or you can continue telling people how they’re evil and wrong and see how far that gets you. It’s up to you.