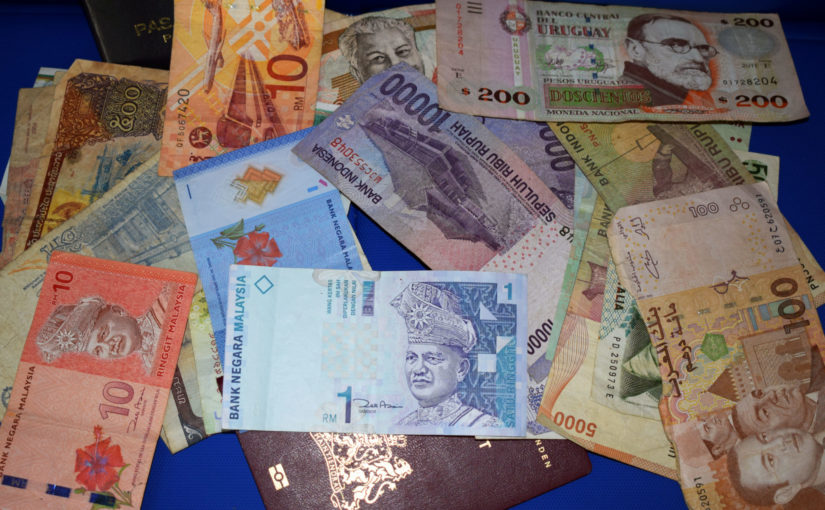 I can’t count how often I’ve heard people say they can’t become digital nomads because they don’t have the money. They seem to think they need a wad of cash before they can hit the open road. The truth is, you don’t actually need that much. I switched over to being a full-time digital nomad with only a few thousand in the bank.

Of course, I’ll immediately admit that it would have been nice to have had a bit more. It’s a useful buffer in case things go wrong and sure makes things less stressful.

The thing is, for most people the money isn’t a goal. It’s an excuse. They say, ‘how can I ever live that way when I don’t have any money saved up?’ And then don’t take any steps to actually save up.

Quite frankly, it’s ridiculous to let yourself be held back from a dream because of money – especially when you need so little! As you’ll be making money on the road, six months or a year of dedicated saving will give you enough seed money for this lifestyle.

From there, particularly if you’ve already started doing some online work, it’s easy to last long enough to break even. Especially seeing as many countries are cheaper than back home. And once that happens, the world is your oyster.

Just don’t choke on the pearl.

To help you here are some super simple money saving tips. In that way, you can finally put the ‘I don’t have enough money’ excuse where it belongs – in the rearview mirror – without needing to rely any get rich quick schemes.

The first step is to set a target. This is pretty straightforward. First, decide how much time you’ve got before you go. Do you want to get out of here in three months, six months or 12? Also, decide what you want in the bank at the end of your saving period. Five thousand? 10? 20?

Divide the number of by the amount that you want to save and you’ll know how much you need to save each day, to meet your goal. Create a visual reminder of that number. At the simplest end, write it on a whiteboard. Want to be more industrious? Make yourself a calendar with how much you’re supposed to have by then and a space to write down what you’ve actually saved.

Then you can give yourself a big fat green check when you make your target that day and an X when you don’t.

Next, do your bookkeeping, because that will allow you to figure out where your money is being spent. Only in that way can you know where you can save.

Work out your fixed expenses. These are harder to change but still important to know. Write down your rent, your car fees, your insurance, the cost of your phone plans, any debt payment you have and whatever other set expenses you have. Add them all together and put it aside, we’ll get to ways to cut those expenditures later.

Tally all the daily expenditures. The food, the cigarettes, the booze, the coffee, that brownie and the books you buy. Write down what you think you spend, but don’t stop there. For a week, jot down every expenditure you have. It doesn’t matter if it’s only 50 cents, it still gets noted down. Then, if you’re any good with excel, transfer it in there so that you can do some simple calculations. Of course, there are plenty of apps that can help you with this as well. 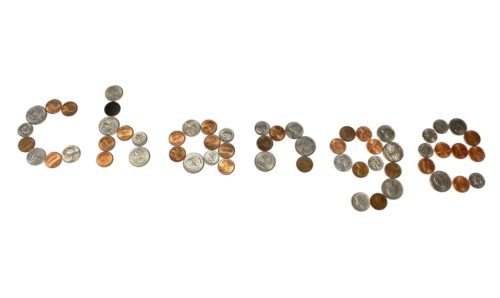 The easiest place to start cutting is with those little expenses. They add up. For example, if you have a daily expense, then add those together for the week and multiply that whole number by 52. That’s how much you’d save if you wouldn’t do that. For example, if you grabbed one modestly priced coffee at $3 US every weekday you’re spending 15 a week or 780 a year.

If you switched from a coffee chain to homebrew, that would still save you 730 US.

Too much of a sacrifice? Then get a simpler coffee! Don’t go for a Venti Pumpkin Spiced Latte (I’m not making that up) priced at $5.25. Instead, go for a traditional latte at $3.65. That small change alone will save you $416 a year.

Five changes like that and you’ve got the first 2000 for your trip and you’ll be healthier besides. After all, most of those snap buys we don’t need physically, emotionally or nutritionally.

Cooking instead of eating out is another great money saver. It has an added benefit. When you’re abroad, you’ll be able to prepare some of the food you enjoy most from home. That can be a godsend. Sure, the food in foreign climes is often delicious. That doesn’t change that sometimes you’ll be hankering for some home-cooked food, though.

If you know how to cook it, then all you need is the ingredients.

Another great thing you can do when you cook is to have friends over. If you cook instead of going to a restaurant, that saves serious dough. What’s more, it can be far more intimate and enjoyable. And those people you invited might even return the favor, thereby giving you a night almost for free!

Drink a lot of coffee? Get a coffee maker. It doesn’t have to be one of those modern contraptions. Something like a French press or Italian-style stove top is more affordable. They make great coffee that will only set you back a few cents per cup.

I even buy these whenever I set up for a few months in a locale as they earn themselves back in no time.

Stop it! Smoking is a terrible habit. It ruins your health, yellows your teeth and makes your clothes stink. Sure, stopping can be difficult. But it isn’t half as hard as you think it is. If you have a goal – like going away on a trip – that excites you, this is the perfect way to cut the habit.

I stopped smoking. The amount of money that decision has saved me has run into the 10s of thousands of dollars. I smoked about a pack a day and stopped 10 years ago. At $7 US a pack that means I’ve spared myself more than 25k. Yes, that is a lot! 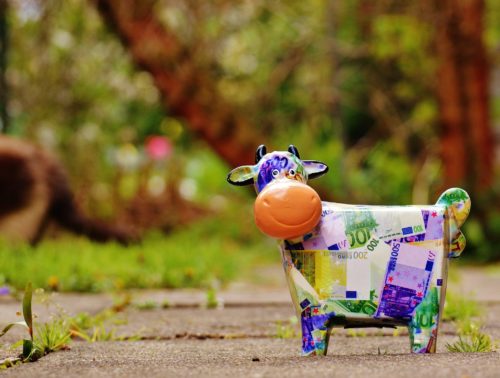 Another great strategy to employ is to cut down on fixed expenses. Move into a smaller place for the year (here’s my guide to finding apartments on the road – it will work just as well back home).

Or you can rent out extra spaces in your house through AirBnB or to somebody who is going to live there long-term. If you’re thinking about traveling with somebody, then live with them first. This will save both of you money and let you find out if you want to actually travel together.

Consider moving in with your parents for those last few months before you go. Yes, it can be stressful. On the other hand, you won’t see them as often when you leave the country. Plus, the savings are huge. Not only in terms of rent. You’ll go out less, eat at home more and in other ways save cash.

Yes, when you start off on the digital aspect, you might not make any money. And yet you’ll still save money by embracing the digital part now. How so? Often, free time is expensive. The more of it you have, the more you’ll spend.

Therefore, staying at home and focusing on getting the skills you need to thrive as a digital nomad will not just make the day you break even come sooner. (Though that is already great in and of itself). It will also save you money by giving you less time to be bored and spend your savings.

For that reason, start learning the skills you’ll need to be a digital nomad.

You can watch whatever you want online now, so cancel your cable. While you’re at it, get rid of your landline. Also, explore if you can change your phone contract to something cheaper. After all, you can see how many minutes and how much data you’re using. So why not change to a plan that is closer to that?

The best idea is to change over to a no-phone contract. You see, when you get a new contract with a new phone, the phone isn’t free. The cost has simply been pushed inside your package. If your current phone still suffices, then why spend that extra cash?

Even better, see if you can get rid of your car. That machine is a money guzzler. No, this won’t work for everybody, but if you can make it work, do it! Public transport might be slower, but as you don’t have to focus on the road, you can read books, play with your phone or daydream about your trip.

Even better, when you don’t have the car then you’ll have another barrier to going out and spending cash on a quick snack, the bar, or a trip down to the mall. So it gives you indirect savings as well. Plus you’ll make money selling it. Wins all around!

Get rid of stuff 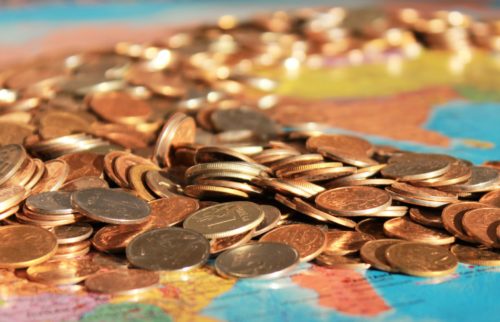 In fact, why stop at your car? You’re going to be traveling with only a few bags (generally two) and storage costs a lot of money. So why not get used to the experience by already downsizing your life? Start getting rid of anything that you don’t need early. There are plenty of places to go to sell stuff. Ebay is still a good choice and Amazon will also work, or go for an old-fashioned yard sale!

So sell that gaming system you don’t use. Get rid of that table that’s become a storage space in the corner. Find a new home for all the stuff in your extra room and rent it out!

Don’t wait with this step. Do it now. Otherwise, you’ll have to get rid of everything at the end and you’re far less likely to get good deals.

Remember, you can’t sprint a marathon

Saving money is something you have to commit to. It’s something that you have to do day by day. For that reason, don’t go overboard. A lot of people will go crazy and cut not just the fat but the meat of their lives as well. That can work for a while, but will often end up being too much.

Then people end up splurging, despairing and giving up. Gone is the digital nomad dream. Don’t let that happen. Instead, cut gradually. Start with the easiest things and then keep cutting till you’re on target to meet your actual goal.

In this way, you’ll actually make it. What’s more, if you can keep this up for six months or a year you’ll find that living in this way will make you better with money. You’ll consider purchases more carefully and spend your money more wisely.

That means that embracing this exercise doesn’t just make it possible for you to live your digital nomad dream. It will also make whatever dream comes afterward easier to achieve as well.

Now, what’s not to love about that?