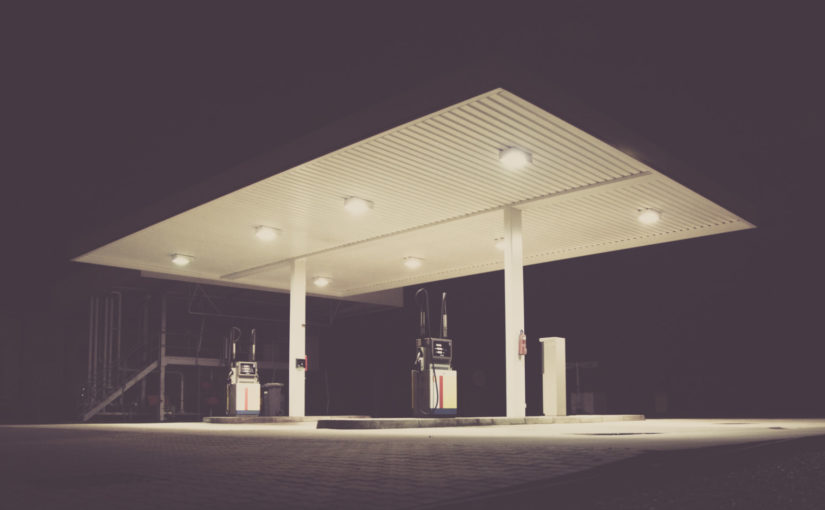 This is a trail article I wrote for a British marketing company. It got me a lot of other work. The rest of the material I wrote for them is theirs, however, and so I felt it was better not to put that up on my website. This article doesn’t have that problem. I put it here to make it easier for me to point to from such places as my portfolio.

A captive audience is a rare thing. After all, in today’s world, there’s just so much going on. A commercial during half-time? You’ve got both the fridge and the porcelain temple to compete with. How about a billboard by the stoplights? You’re up against daydreams, lipstick, and the illicit peek below the dashboard at who broke up with whom.

One moment that you do still have their undivided attention, though, is when they’re getting petrol. After all, nobody wants to ruin their shoes or smell like fuel for the rest of the day. Better by far to give the act your undivided attention. That’s why AdNozzle adverts, which sit on the petrol hose handle, are such a clever thing. For about forty seconds, as the consumer take the pump and slot it into the petrol tank, you’ve got them.

And that’s more than enough to leave a lasting impression.

Maybe it’s the very act of taking that makes it as effective as it is. They see the advert and then physically reach out and take it from its cradle. No other form of advertising does that. There’s an entire research discipline in the field of addiction where users are taught to move away from the object of their compulsion to weaken its hold on them. This system works so well that a few hours of avoidance training can rival months of counselling for effectiveness. And here millions of potential customers are reaching out to take the brand that’s on the AdNozzle! If the simple act of moving away from something can influence something as ingrained as addiction, then it would be surprising indeed if reaching for a brand wouldn’t create unconscious positive associations.

This holds up in the numbers, with 75% of those who remembered the advert having positive enough associations with the brand that they wanted to know more. Billboards, though effective, don’t come close to this. Add to this that the average motorway petrol station sees an average of 150,000 visitors in the month and you’ve got some impressive statistics.

What’s more, AdNozzle consumers, who obviously need to have a vehicle to have use of petrol, are on average a well-heeled bunch. Nearly half of them are in the category ABC1, which puts them in the middle class or higher. This form of advertising is also highly targetable, especially at those petrol stations that are away from the motorways, as you know that the people you’re reaching are by-and-large from the local community. This makes these types of adverts of interest to both bigger country-wide brands and smaller, community-wide ones, alike.

But possibly the best advantage of all is that this form of advertising isn’t found to be obtrusive by the consumer. Where billboards can mar a view, television advertisements can interrupt the flow of a loved programme, and internet banners can jiggle obnoxiously in the way of what we’re trying to watch or read, AdNozzle adverts have none of these drawbacks. Nobody expected beauty, entertainment or information and so nobody will be disappointed or annoyed. In this modern day, where consumers often feel bombarded and overwhelmed by advertising, there is something to be said for a form of advertising that’s subtle, modest and yet undeniably effective.

And there’s something to be said for the brands that use it too.