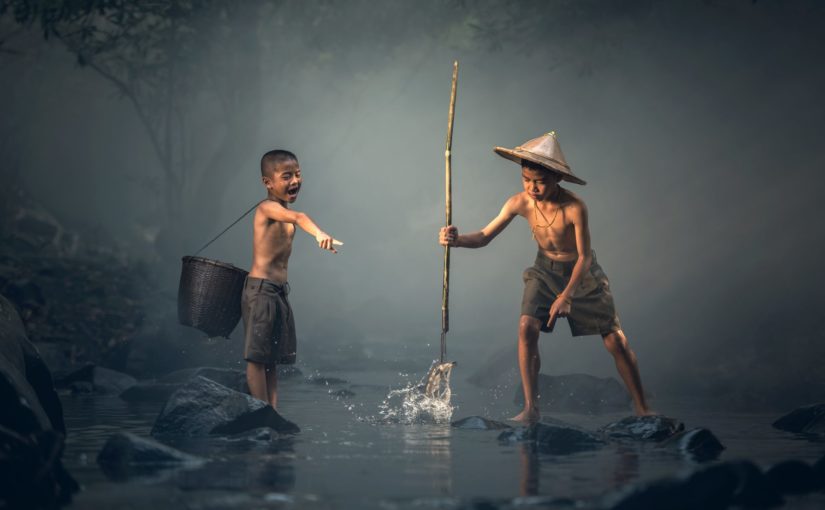 How proactive people see the world

Being proactive starts with a mindset. Proactive people are always engaged with scanning their environment for hints of problems to solve. This is essential, because only if you see a problem early can you deal with them before they have ballooned out of proportion.

In fact, often they manage to recast problems as opportunities. This client does not need an article next week? Well, then that’s a perfect opportunity to write a proposal for another job!

So what do you do if you don’t have that natural mindset? I advise a two-pronged approach. First, take the time to actually think about the future and the problems on the horizon. The best way to do that is to spend less time buried in your smartphone obsessively checking whatever it is you check. When you do that, you can’t see the forest (the big picture) through the trees (the nitty gritty).

So, don’t start your day by checking your email and diving straight into that attention-sapping whirl that is daily life. Instead, drink that first coffee away from the internet, with a notebook and few distractions. Then just jot down the ideas that come to your mind.

Wherever you make space to think, make sure that you have a way to write things down. That is important, as you’re not only trying to identify problems. You also want to make sure you remember them the next time you’re in a position to actually do something about them.

Yeah? Are you sure about that? After all, forgetting doesn’t just mean that the idea disappears. It also means you forget you ever had it. That’s how forgetting works.

So, for all you know, you might have solved the problem of world peace (or rather the lack of it). But because you don’t remember you forgot, well that’s that. It’s gone. Poof. Like a dream upon waking.

Therefore write it down. Also, don’t forget a reminder to actually look at your notes. I prefer a poster that says ‘look at notes’ but that might be a bit on the nose for some of you.

How to weigh ideas 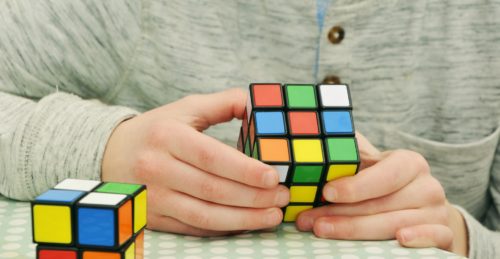 Okay, so now you’re writing things down. Great start! But having ideas isn’t the whole of it. You also need to figure out which ones to implement. If you’ve got so many that you don’t know where to start, then it’s time to analyze your options.

If you’re struggling to place priorities, I’ve got a good trick for you. Now, to be clear, there far more sophisticated ways to do these analyses. The thing is, the more complicated it gets, the less likely you’ll actually use it.

So here I’m going to give you the back of the napkin variety.

When you have those three things you can analyze if an option is worth the investment of time through a very simple formula:

First, multiply the reward by the chance of success. In this way, you can figure out the value of something that isn’t a certainty. Next, compare that number to the cost. Is it bigger? Then your idea is worth pursuing. If it’s lower than, then it’s less exciting as you’re investing more than you’re likely to get out of it.

Too vague and abstract? Let’s try a concrete example.

Let’s say that a proposal to a client will cost you an hour of work, which you price at $30 US. You know that the chance you’ll actually get the job is small as there are many people applying. Say you give yourself a 10% chance of success. But the job pays well at a $1000 dollars.

Well, then: 1000 X 10% = 100 dollars. (If you’d apply under the same conditions 10 times you’d expect to get the offer once, so each attempt is worth 1/10th of the reward). 100 US is more than the 30 dollars that you’re investing in the proposal. So despite the small chance that you’ll actually get the job, it is still worth applying.

How about buying a piece of software to make yourself more efficient? Well, first you’d take the cost of the software and the value of the hours you’d need to learn it as the cost. So say the software costs 100 US and you’d need 10 hours to learn the software.

You’d compare that to the chance that you’ll actually find it beneficial (it might be a piece of crap or not suit your work style). Say, you’d estimate that at 80 percent. That you’d multiply by the benefit you’d gain from it over say, the next two months. Say, you expect to save you half an hour per work day. That would be 20 hours in two months. 20 hours X 30 US X .8 = 480 US.

So yes, you’d stand to benefit, even just over the first two months. So it would be a good buy.

Do you have several things that look to have positive return but not enough time for all of them? Then you can work out ratios. Just divide the ‘reward X chance of success’ value by the cost. So, in the first example above that would be 100 / 30 = 3.3. In the second example, it would be 480/400 = 1.2. The higher that ratio, the more interesting that idea is from a financial standpoint. So, all things being equal choose the bigger number.

Now, before you leap in consider these points:

Turning rejection around to enhance your freelance proactivity

One of the hardest things to do as a freelancer is write up those proposals. For most of us, that’s because we have the specter of rejection looming over us. Of course, objectively the rejections are irrelevant. There are so many jobs out there that if somebody turns you down, it shouldn’t matter.

But that’s not how our brain works. It evolved for small groups where reputation matters. For that reason, rejection actually triggers the physical pain centers in the brain. As we don’t like pain, that’s why so many of us procrastinate when we’re writing up your proposals.

And that is not a very proactive thing to do.

So how do you break that effect? Simple. Instead of focusing on getting jobs, focus on getting rejections. Set a goal per year to get X many rejections. It could be 50 or 100, or more if you think you can do it.

Why does hit work? Because you’ve turned rejections from something you want to avoid into achievements. That makes it much easier to draw them up and – as long as the quality of your applications doesn’t suffer – will lead to far more success. After all, the more often you roll the dice the more likely you’ll get double sixes.

The difference between urgent and important 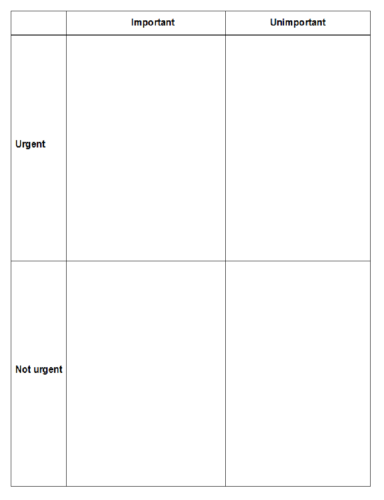 If you get a phone call that is urgent because if you don’t pick it up you’ll miss the call. But is it important? It might not be, but it could be a telemarketer. May they all burn in hell. On the other hand, getting enough exercise and eating well might not be urgent but it sure is important.

Understanding the difference between the two concepts is vital if you want to be more proactive. People that grasp it intuitively manage to prioritize correctly. This means they find the time to do the important stuff. While People who are bad at it run from one urgent emergency to the next without actually ever getting the important stuff done.

Suck at knowing which is which? Then the Eisenhower decision matrix might be for you. It’s quite straightforward. You draw a cross on the page and along one side write ‘urgent’ and along the other write ‘important’ – yes like shown in the image. At the bottom right is the stuff that is neither important nor urgent. At the top left is the stuff that is both.

From there, it’s easy enough to figure out what to do. The stuff that is urgent and important you start with. When that’s done, you tackle a few of the urgent but not important tasks. Then you spend the rest of your time on the important but not urgent work. So what about the non-urgent non-important stuff, you ask.

What about it? Isn’t that perfect right where it is? So leave it there and get on with the stuff that matters.

For being proactive isn’t only about finding problems to solve and knowing which one to direct your attention at. It’s also about eliminating distractions so that you actually have the time to solve them! And that, it seems to me, is where most people fall flat.