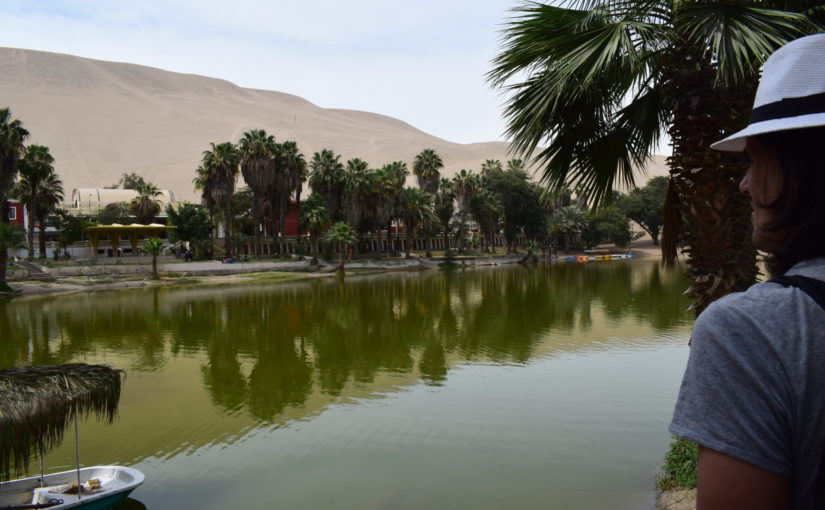 Is the house on fire? Are we at war? Is there an earthquake? Quick, what do I do first, grab my work laptop or wake my girlfriend? As I chide myself for thinking that (what can I say, protecting one’s words is a writer’s knee-jerk reaction) the nails-on-chalkboard sound comes again.

It shreds the last cobwebs of sleep. With a groan, I slump back onto my pillow.

It’s just the Colombians returning. You’ll always know when that happens. The older sister will always unfailingly remind you how funny she thinks everything is. She greets even the most mundane pronouncement with pearls of laughter.

Don’t get me wrong, that’s a great attitude during the day. It is a great deal harder to appreciate at 3 o’clock, though, when behind closed eyelids you were having tea with the Mad Hatter.

For a moment I hate all Latin Americans. Then it’s Columbians. Next, it is Columbian 20-year-olds. Finally, I come full circle and I hate myself for thinking that way. It’s Friday night, for god’s sake. Have a little sympathy! They’re not writers. They don’t work weekends. Heck, most of them are students. And when I recall my college years, that means they don’t work much at all.

Besides, the house – with its hollow corridors and empty rooms, where I’m convinced Echo finally gave up on Narcissus and faded away – plays its part. It amplifies sound better than any stereo system I’ve ever owned.

The truth is, if you’re going to live with 13 people under one roof there are going to be consequences. You have to make compromises. We share bathrooms, the kitchen, and beers. If it was summer, we’d probably share the swimming pool too.

But it’s July and in Argentina, that’s winter time. A slight miscalculation on my part.

Normally as I vagabond around the world and work to successfully launch my freelance writing career, I manage to avoid the cold. I spent last winter slow cooking in Nicaragua wishing it would finally rain. The one before that I spent in Lombok, Indonesia. There the most difficult question each day was deciding which of the half-dozen gorgeous beaches I’d grace that day.

Not this year. I’d already got the full winter works back in January when I visited my folks in Europe. Now I get to go through it again. 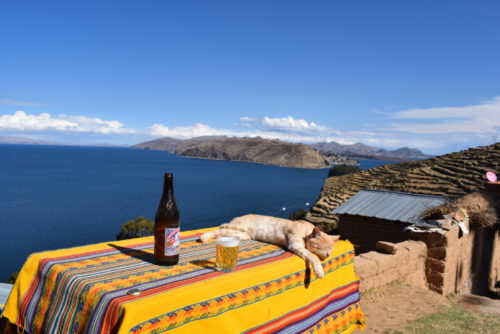 You’d think that as a vagabond with two bags to my name I’d just move on from this drafty house and its over-amused Colombians. Unfortunately, it doesn’t always work that way.

Moving takes time. You’ve got the journey and – if you do it on the cheap – the recovery as well. Then you have to find your way around. Where do you shop? Where do you eat? How do you de-stress? You have to reconfigure your day to the new space. You have to find somewhere where you can put your head down and get the work done. Some people can do that anywhere. Not me. Paradoxical as it may sound, to lose myself in my work, I need the right ambiance.

Sometimes it can take months of travel before I find another place where I can work. And that means a lot of words remain unwritten and a lot of bills unpaid.

Here, on this couch, in the master bedroom of this creaky old mansion, set along a cobblestone road lined with ancient trees, I’m productive. I’ve written somewhere between 500 and 600 pages in three months alone. When you get into a space like that – physically and mentally – you don’t just move away when somebody laughs too loud.

You embrace the hardships. You make it work. And so, this year, we get six months of winter. Them’s the breaks.

I go from one place to the next, until I find a place where the juices flow. Then I stop, put on my headphones, and try to make up for the time I was on the road by working long days indeed.

It’s a strange twilight existence of unfulfilled wants. When you’re traveling you feel guilty about not being able to write as much as you’d like to. When you’re parked somewhere working 12-hour days you dream about getting back on the road.

I’ve been here for six months now and not all have been easy. It’s cold. When somebody else in the house opens a faucet upstairs there isn’t enough water to wash a gerbil. The internet is flakey as hell. Every evening there is shouting and laughter. 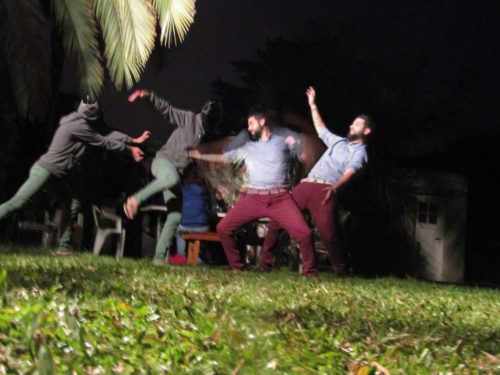 But that’s not the worst part. The worst part has to be the food. As discussed before, Argentinians are convinced they’ve got one of the world’s best kitchens. And sure, the kitchens look nice, but what comes out of them is about as inspiring as the recent superhero films. I swear, if I have to eat pizza, pasta or overcooked beef one more time, I’ll vomit.

Haven’t these people realized that there are more spices out there than salt, pepper, and oregano?

And yet I can’t go, for there is writing to be done.

Reflections on a life lived

I’ve been living this way for four years now. It all started when I was taking a hiatus from my Phd. I went away for a three month holiday. I remembered what it felt like not to be depressed and chose the open road over a couple of letters to my name.

In that time, I’ve seen a few dozen countries, traveled across three continents and settled down for a few months at a time in a half dozen places. It’s not the first time I’ve wandered. I did it in my twenties too.

Of course, it wasn’t the same back then. It wasn’t just I didn’t have the personality to be a writer, but the internet was different back then as well. And so I was only able to work as a freelancer on occasion. Instead, I did odd jobs to keep me going.

I bartended, washed dishes, served food, wrote technical manuals, taught English, modeled and sold charity on the street (yup, I was one of those jerks). This life sure is an improvement on that.

And yet, it isn’t the fantasy existence that everybody thinks it is. Every life has its drawbacks. With this one, you don’t just have to deal with loneliness, but also the lack of consistency. Where other people use habit to carry them through the day, in my life the only certainty is that everything is in flux.

Where do they serve breakfast here? Where will I be able to work for a few hours? What are we going to do in the gap between check out and when our flight finally leaves at 10 o’clock at night? What do we do now in this two-dog town as we see the last bus speeding away?

Then there is the ephemeral nature of this kind of existence. People, places, and projects come and go. Initially, they leave behind distinct memories. As the journey stretches from a few months into several years, however, it all begins to meld together. Like the colors on an overfull painter’s pallet.

Not that I’m complaining.

I wouldn’t want to live any other way. When I’m stationary even for a few months, I get the traveler’s itch. That’s like having ants in your veins that get lulled to sleep by travel, but start crawling the moment you stop moving. 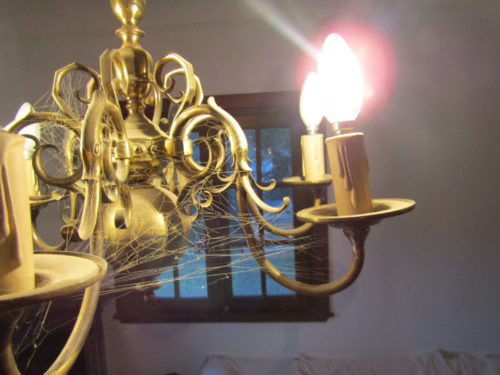 What I’m trying to say is that it’s all a matter of perspective. Every life has its laughing Columbians. It’s how you choose to see them that decides how appreciative you’ll be of what you’ve got and how jealous you’ll be off what you don’t.

It’s all about framing.

That’s something I’ve learned the hard way. I’ve got a tendency towards melancholy that follows me on the road and through my writing. In hindsight, I realize that that is why I felt the need to write this text.

It isn’t just to tell you that at least in part it’s your internal frame of reference that decides how happy you are. It is also to remind myself of that fact.

It is to say, instead of focusing on why life will be better next year, when we get that promotion, or move on to the next locale, we should focus on the now. If we do that, then the next year, that promotion, and that locale will take care of themselves. In fact, they’ll probably come rushing up all the sooner.

It is to realize that instead of being angry at that Colombian sister, I should emulate her. For she enjoys life. And though it might be nice if she did so a little less loudly, I can’t fault her philosophy.

It is to realize that if we focus on the bright side of life, and if we shared that philosophy a little more widely, this world would be better for it.

After all, up close life might be a tragedy but from a distance, it is high comedy. What else can you call something where we all struggle to collect that which none of us get to take with us when we go?

What’s more, if we learn to laugh at ourselves then we’ll have something to laugh at for the rest of our lives.