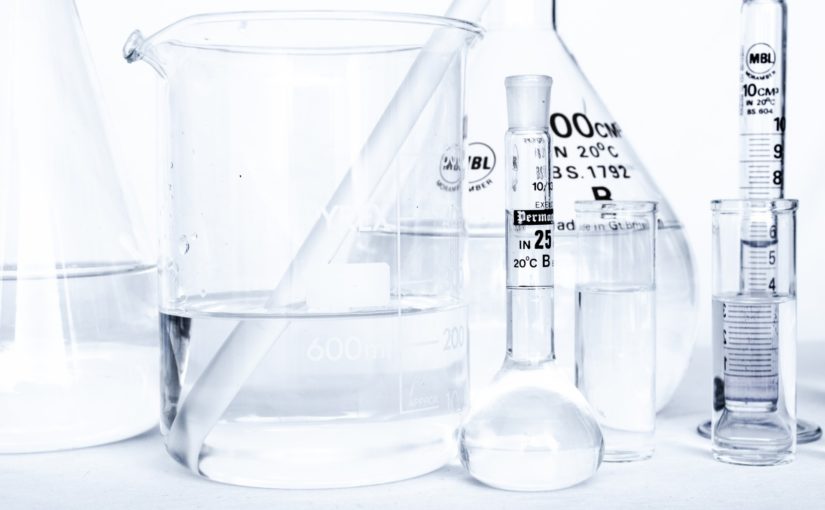 It happens to us all at one time or another. You find a formula and a groove that work well for you and settle into it. For a time it works. You improve, write more engaging texts, boost your readabilty, and get more popular. Then the effect tapers out. You plateau. You know you have to change things up, but you don’t know how.

Your groove has become a rut.

What’s more, you’re afraid. You’ve been doing things in one way for a while now. What if you change things up and your readers don’t like it? Or what if you can’t write in the way you’d like to? Wracked with indecision you keep going the way you are. It’s not so much that you think ‘if it isn’t broken, don’t fix it’ but more that you don’t actually know what to fix.

I hear you. I understand your pain. I’ve been there myself. (As I said, it happens to us all). Still, you can’t let that fear rule your writing. It’s time to, be more proactive, change it up and start experimenting if you want to be a successful writer. In the rest of this article, I’ll explain why.

The internet and power-law distributions

‘Oh god,’ you’re thinking, ‘there he goes with the fancy terms again.’ I have been a lot of big words lately, haven’t I? My apologies! Fortunately, this one is easy enough to explain. And for once, I even have a visual. 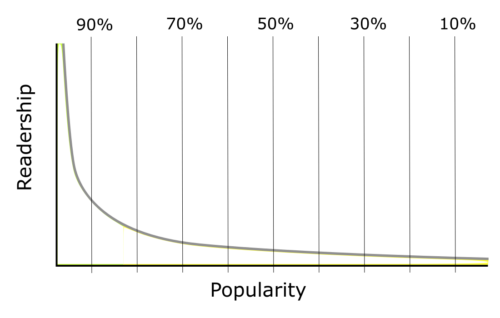 Traffic does not spread out in an equal fashion across all sites. Some sites get more. Some sites get less. So far, so obvious. What many people don’t know is the relationship between popularity and readership. They assume it’s linear, which means as popularity increases readership goes up steadily. Where the article started out (as in was it unpopular or very popular) has no effect.

That is not the case. Instead the relationship follows a power law. (In fact, almost all cases of popularity do. For example, books readership, scientific paper citations, and calls received telephone numbers). This is a curved relationship where there is a strong kink in the graph. This means that the same increase in popularity has different results depending on how popular your article started out.

Start out in the middle? Then moving over to the left or right doesn’t have much effect. Starting above the 90th percentile? Suddenly a small step to the left makes a huge difference.

This power law has some strange effects. If you write one hugely popular article and nine articles that nobody cares for, you’ll get more readers than if you produce ten decently popular articles.

The takeaway is that to boost your readership and content marketing efforts, the focus should not be on consistent quality. Instead, the goal should be to write the occasional outstanding article – never mind the misses. And that’s best accomplished by going out on a limb and taking risks.

This is again down to the nature of the power graph and how your readership is distributed. The outstanding article would get the lion’s share of your readership. And so for most that is the article you’ll get judged by.

Even better, due to the spotlight effect – which is where we believe people pay far more attention to us than they actually do – most people won’t care about your mediocre work. Only you will. If you take the article offline after a while because you realize it’s crap, chances are so few people will remember it that it might not have existed at all.

Don’t believe me? Then go ahead and list all the bad articles, memes or youtube videos you saw yesterday. You don’t even have to tell me what they were called or who made them. Just what they were about. Tough, isn’t it? And that was only yesterday. 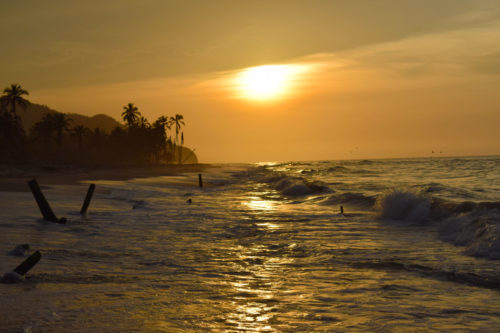 But what about the audience you already have? Won’t you lose them if you do start experimenting and don’t give them what they’re used to? You might. The thing is, you’ll probably lose them anyway.

That’s because people get used to everything. I remember living on a beach in Goa. After a couple of months, I walk out of my house for a stroll down the beach. I noticed that around me there must have been close to a hundred tourists taking pictures. What was causing all this interest? Was there a beached whale or something? I looked up to see the sun majestically descending towards the gorgeous sea. It was a spectacular sunset I admitted to myself. Just like every other one so far this week, I thought as I walked on.

A study from the 70s shows how people who win the lottery or have serious accidents will be about as happy after a while. Yes, initially their curves head in opposite directions, but they still the same U shape. This is because of what is known as ‘hedonic adaptation’. We get used to where we are and how we’re doing there.

Heck, we get used to Trump, didn’t we? Crazy as that may be.

And that would be fine if we didn’t love novelty. But we do. And so, if you’re doing the same kind of thing all the time, your audience will drift away. Rare are audience members that stick around for the long haul.

So don’t allow your fear of losing them to paralyze you from trying new things and pushing the envelope. Most are going to go away anyway. Heck, experimentation might be the thing to make them stick around! (That and community).

And then we haven’t even talked about what experimentation will do for you. Spoiler alert: It will make you a better writer. After all, as I’ve discussed plenty of times before, writing is a skill. That means that just like any skill you need to practice it. Not all practice is made equal, however.

If you drive a lot in one environment – let’s say suburbia or the inner city – then you’re pretty good at driving there.

Of course, if you take somebody who has driven races, taken skid courses, driven long distances, worked as a trucker and also been a mechanic, you’re not going to look so great. You’re a one trick pony. Even worse, chances are that that person will drive better even in suburbia or the inner city. That’s because of two things, the skill overlap and how the different ways of driving give you insights into the underlying fundamentals.

Experimenting with your writing is like taking a skid course. It allows you to abstract and grasp underlying fundamentals. Sure, the first time you try your hand at it there is a good chance that you’ll end up in a tailspin.

But that’s how you learn.

And that’s important. As a writer, you’re probably aware that you experience several skill plateaus throughout your career. This is where your writing seems to stall and for a time and not improve. The reason these plateaus come along is that you’re not challenging yourself. You’re writing the same things, in the same ways. You’re not trying new things.

Want to get off? Then you have to leap daringly into the unknown. And sure, you might bump your head, or lose your faith. But that’s okay. Sometimes a good smack in the noggin or a crisis of faith is what you need to knock your perspective off kilter and see things in a new light.

So that’s why you need to experiment. You need it to get more exposure, keep the readers you have and become better as a writer. So how do you experiment?

So what are some ways you can experiment?

1. Change the type of writing you do. Are you always writing internet articles? Then why not try your hand at a short story, poetry or a political essay? Do you only ever write fiction? Well, try explaining something factual!

Yes, of course you’re initial attempt is going to suck. Don’t worry about it. You don’t have to show it to anybody. Do it for the process. Don’t worry so much about the end result. After all, there is always editing.

2. Get feedback from different sources. Particularly if you don’t have an editor, you’ll want to use whoever is available. There is a problem with amateur editors (e.g. your friends) however. This is that often they don’t know the difference between what they do and don’t like and what objectively better or worse.

For that reason, use the rule of three. If one person says something don’t pay it too much attention. When two do, think about it. When three unrelated readers say the same thing, it’s time to take action. Note that the ‘unrelated’ thing is important. If they discussed your work together, then the rule of three no longer works.

Also, when you get friends to read something, don’t be afraid to give them questionnaires. Then you might get something more useful than ‘I really loved it’.

3. Try out a new app. I’ve found apps to be particularly useful in giving you new insights. There are a lot of tools out you can try out. Off the top of my head, you can try Hemingway Editor, Grammarly, and Edit Minion. If you’re already using those, try some other ones.

Or get Grammarly premium for one month (or only one week, as there is a money back guarantee). Throw a bunch of your articles in there and don’t only accept suggestions, but actually read what they’ve got to say. You’re working on your fundamentals here.

The goal here is not to use it forever or to change your style of writing – instead, it is to to get a few new insights and then move on.

4. Use writing prompts. To get out of your rut, why not try your hand at a few writing prompts? Type ‘writing prompts’ into Google and you’ll get a whole list. Don’t only choose one from the list you like, either. Instead, use a random number generator to push yourself into unknown territory.

Note that the goal is not to write a book based on the prompt. A few paragraphs will do. It’s not the texts you produce but the thoughts they provoke that matter.

5. Try to write like somebody else. Find a writer whose style is completely different from your own and then try to write like them. You can try to imitate their style in general. To make it even more interesting, take a text they’ve written that wows you and try to write something similar.

The best thing to do is to try to imitate it, but then in your own way. Mix up the words and the analogies. Then compare the two texts and see what worked and what didn’t. Again, it’s not about the words. It’s about the thoughts that those words produce and if you can internalize some of the tricks they use and make them your own.