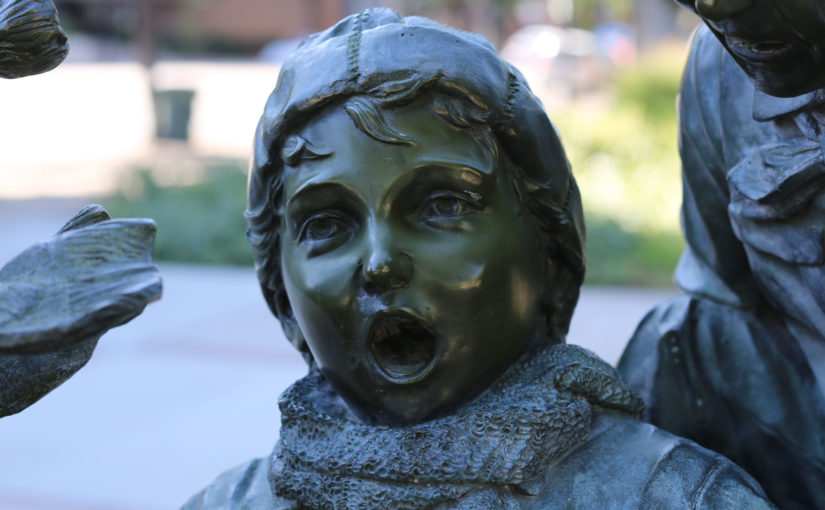 You know how they say that truth is stranger than fiction? That’s even truer on the road. Just like you’ll meet some amazing people, you’ll see some crazy stuff.

I’ve experienced all these travel stories or heard about them first hand. No ‘a guy in a bar told me’ here. All I’ve done is changed the names and told them in the third person. 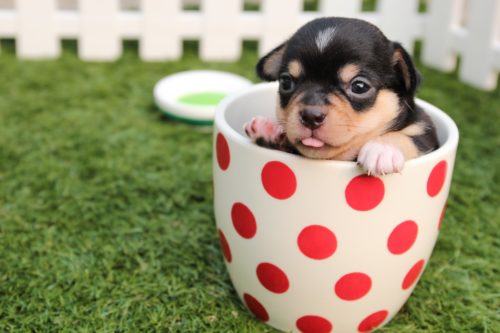 A family in Nicaragua had bought a beautiful new dog. It was filled with happy barks tug-of-wars and the joyful pouncing on unsuspecting people’s feet. Everybody in the house was overjoyed with the new addition to the family.

This went double for the permanent house guest. Jual was a student. This meant he spent a lot of time at home. Before he’d been rather lonely, but now he had a companion to while away the hours. He instantly fell in love with the little black monster.

The puppy was equally enamored. He took to waiting by the door for him when he went to class and greeting him with happy little yaps when he came back home.

With them being the best of mates the puppy would often seek Jual out for attention. And so, petting him became second nature to the student. Often he would only just be aware of giving the puppy attention, as he sat studying at the big table overlooking the yard.

One such day he was again working away at his books in the yard. The weather was hot (as always in Managua) and he’d forsaken his shoes for a barefooted study session. This meant that he could use his toes to really work at the fur of the little monster below the table. It seemed that the little critter was enjoying the massage too, for he hadn’t moved in quite a while.

As he tried to memorize a particularly difficult section of the textbook, Jual looked up. He blinked and frowned. Was he seeing that correctly? That couldn’t be right, could it? How could the puppy be frolicking through the garden?

And if the puppy was out there, then in what critter’s fur were his toes even now curled?

Oh please let somebody have invented cloning. Slowly he leaned backward. It turned out nobody had found the secret to creating puppy copies.

Instead, a big fat rat had found one of the poison supplies scattered the house. Now it lay there, dying, with a look of glassy-eyed disappointment on its ratty face at the massage’s ending. Not that Jual ever saw that.

He was too busy tearing down the street and screaming together the neighborhood. 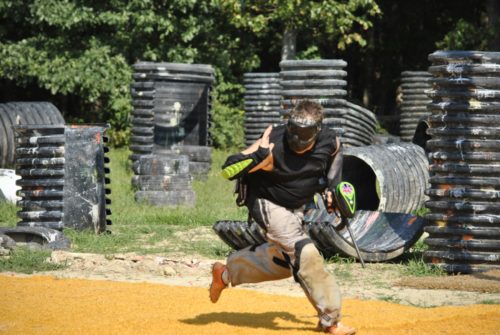 My mate John went to this five-day festival out in Eastern Europe. It was quite the spectacle – a number of fields normally home to some cows filled with about thirty thousand people. As always happens at those festivals, though everything started off spick and span they soon deteriorated.

And so it was for the paintball field.

On day one it had had countless obstacles. There had been sniper spots hiding places and cover. As the festival progressed everything had been torn apart, crashed through or cannibalized for some other purpose, however. John and his mates didn’t care. They wanted to shoot at each other and no lack of obstacles was going to stop them.

Because there wasn’t really anything to hide behind, it became a running fight. Everywhere there were people charging, fleeing, ducking and weaving. Getting into the groove of things, John spotted several porta-potties. He thought ‘cover’ and took off towards them.

John – not a guy of half measures by anybody’s account – sprinted full-tilt down the field. His mates took this opportunity to take pot shots at him, forcing him to duck and weave even as went. As a result, he was spending more time looking over his shoulder than at what was going on in front of him.

So he was quite surprised as he realized that he was splashing through water.

Then he realized it wasn’t quite water. You see, the port-a-potties don’t have that big of a tank. And when you’ve got 30,000 people on a terrain for five days and you don’t have anybody emptying them, you can guess what happens.

In one place enterprising individuals had laid some pallets in the goop. The desperate could use them as stepping stones to get from the edge of the new lake to the toilets. As the pool had grown, they’d needed more and more pallets. By the time John came charging towards the porta-potties they were up to nine.

John wasn’t running over those. In fact, the moment he realized what he was running through, he was no longer running at all. It was quite slippery, you see.

He slid maybe five meters through the goop, right to the doors of the toilet. That was a long enough for it to get in everywhere. His eyes, his nose, his mouth. His animalistic cries of horror brought the paintball fight to a halt. He tried getting up but was so panicked he kept falling over. At this point, his mates should have tried to help him. But the moment they understood what had happened they’d become utterly useless. They just couldn’t stop laughing.

In the end, they had to hose him down with a fireman’s hose before anybody could come near him. Of course, that didn’t help clean the memory from his mind. And it won’t help scrub it from yours neither. 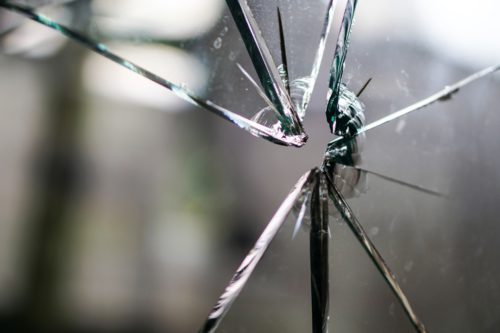 Laos is a poor country. That means the buses there aren’t first hand. In fact, they’re not even second or third. You see, globally there’s a whole system set up for second-hand buses. When a bus no longer meets a country’s safety standards, the owners sell it on to a country where the safety regulations are a little laxer but where they can still get a decent price. Then, when it no longer meets that country’s regulations, it gets sold to the next one down the line. And so on. The end of the road is Laos.

That’s where buses go to die.

What this means is that most of the buses that drive around there are absolute wrecks. They’re stuck together with sticky tape, knock off parts and wishful thinking. Not a bus journey will pass where you won’t see some bus by the side of the road, with people trying to get it going again.

At least if you’re lucky. Two friends of mine saw one bus that wasn’t. The bus had had what under normal situations would be a minor accident. It wouldn’t even herald a stop in most places. This time, though, it was different.

You see, sometimes when patching up these buses to sell them on, people will cut corners. They won’t just use subpar parts. They’ll use parts that they really shouldn’t.

Normally cars and buses will have safety glass. This is the type of glass with a plastic layer on the inside. With that, when something hits the window, the glass might crack and splinter, but the pieces will stick to this layer.

In this case, the people who’d done the repairs hadn’t opted for safety glass. They’d decided it would be cheaper to use the normal kind.

So when this bus was unlucky enough to have a big rock hit the windshield, instead of getting a star, the glass shattered. This sent shards the size of your forearm spinning towards the driver and the people in the front row.

When my friends passed they saw a bloody mess. Dozens had been injured by the flying shards. Fortunately for them, as they’d been further back, most hadn’t been struck by too many shards. Many could be saved by rushing them off to the hospital.

The driver hadn’t been so lucky. When my friends saw him he was still sitting in the driver’s seat. An expression of shock on his face. Jagged shards of glass jutting from him in a ghastly fashion; like he was some kind of horror-movie monster.

Of course, the only monster in this tale are the people that cut corners by using normal glass and cut that man’s life short.