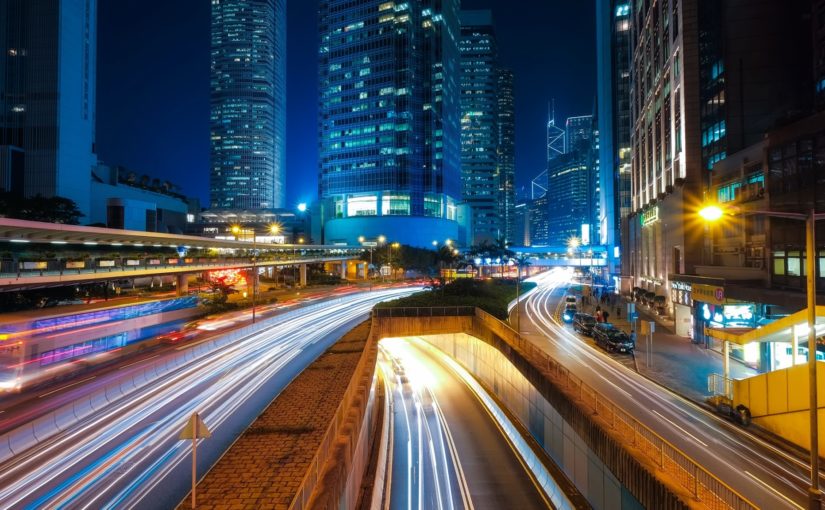 Warning! The what’s coming up might be upsetting. If you can’t handle brutal honesty and intellectually-explicit language, then look away now. You ready? Okay, here we go.

Digital nomadism has its downsides too.

Wait! Hey! Hold on, now! Let me explain! Hey, who threw that? This is a new shirt, you know!

Seriously though, like any life, it has its problems. And though for many these problems don’t outweigh the advantages, they’re there and need to be dealt with. One of the biggest problems for digital nomads and travelancers, as I’ve discussed before, is how to stay productive.

After all, when you’re settled in one place, you’re surrounded by work cues. Your friends work. Every morning you experience the commuting crowd. Similarly, your own routines prepare you for the working day. Get up, brush your teeth, shower, moisturize (optional), grab a coffee and out the door you go. Those routines help put you in a work mode so that you immediately start off in a productive mindset.

You don’t get that as a digital nomad. Often, the people around you either don’t have schedules or they’re on completely different ones.

What’s more, because you’re always waking up in different rooms and beds, it is hard to maintain productive routines and avoid things like writer’s block.

At the same time, just because it is hard to be productive on the road doesn’t mean it’s impossible. Since I’ve started out as a digital nomad I’ve found several ways to boost my productivity. (I’ve also managed to beat many of my bad habits, but that’s another story).

Have as much routine as you can

Sure, you can’t control everything, but you can control some things. And as habits are powerful (So powerful Charles Duhigg wrote a well-received book about it) you should try to create as many good ones as you can.

Here’s a routine I often use. I’ll wake up, wash my face, grab some fruit and then spend 30 minutes to an hour working from my hotel room. I often don’t even open my email till right at the end either, as otherwise instead of getting stuff done, I’ll spend my time dwelling on what I read.

That means that you can’t do it on auto pilot. Instead, you have to make tons of energy-sapping decisions. What’s more, it isn’t unusual for the whole thing to turn into something that takes at least an hour. And if you only start working after that, that’s a big chunk of your day and focus gone.

If, you immediately start out with some work, though then some stuff will already be out of the way. What’s more, even if you don’t take your laptop to breakfast (I don’t), you can still do some mental work. For example, you can create a to-do list for the day, consider how you’ll attack your big assignment and prepare in other ways.

Be aware of negative routines 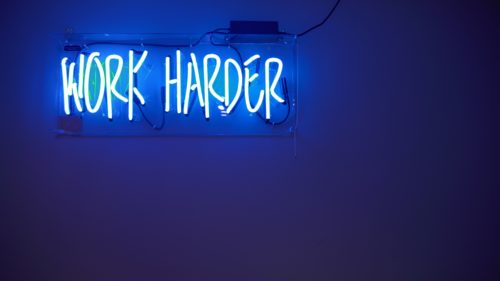 There is one big advantage to habits on the road. It is that though it may be hard to build up positive routines, it’s also much easier to break negative ones. First of all, they’re easy to identify. All you’ve got to do is pay attention to your actions – particularly the ones that stay the same even as your surroundings changes.

Then, when you’ve identified a habit that you’re carrying with you, consider if it’s helping or hindering you. Note that just because a habit doesn’t immediately boost your productivity, doesn’t mean it’s necessarily bad. Perhaps it makes you happy, and there’s plenty to be said for being in a good mood when you work.

If you do identify a habit that you’d rather not have any more, then you’ll find getting rid of it on the road is also easier. After all, our habits are often connected to places and things. You see the ashtray and you want to light up a cigarette. You see put on your headphones and you enter work mode. You pick up the newspaper and start to read it.

When you move to a new place, the physical foundation of habits falls away. That means it’s much easier to break bad routines. So use that!

Did you notice that headphone habit above? It’s a good one. After all, you can’t always control where you can work. Some days you get to find an amazing relaxing place, where everything is zen and work comes easy. Other days, you’ll be less lucky.

The trick in the latter case is to have noise-cancelling headphones. Sure, they’re not cheap, but they earn themselves back quick enough. With them, even in the busiest cafe with screaming children and obnoxious neighbors, you can still create a productive space.

What’s more, if you make it your habit to put on headphones when you’re about to work, then the act of putting them on can trigger a productive mindset. For me, when I’m wearing them and have a good music set, I often find myself ‘submerge’ into the work as the world falls away around me. This state has a name and is known as flow. 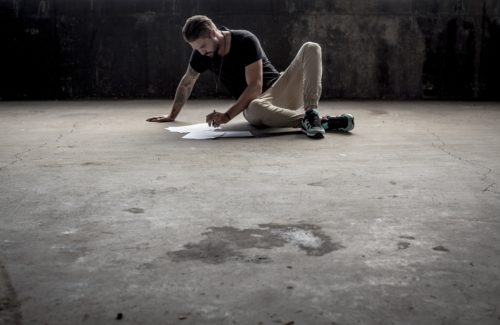 One of the biggest problems that we often face on the road is that the internet doesn’t work, is slow, or isn’t available. Yes, that’s annoying. At the same time, you can turn this to your advantage.

After all, the internet is great for research, reading articles and getting in touch with people. Heck, you spent a whole host of time learning the skills you needed there so you could survive out here. At the same time, it is a lousy place to have access to when you’re trying to get some serious work done. There is always some website you can go check out, some person’s post that you can reply to get sidetracked.

For that reason, after you’ve done your research, consider going offline. Maybe you can go out onto the balcony or to a café where they don’t have wifi. Perhaps you can unplug your router for a while (hitting the airplane mode button alone isn’t enough as that’s too easy to reverse).

I’ve even made my computer forget a wifi password on occasion. I mean, I still know it, and I can type it in when I do need the internet. It is an extra action, however, which makes it a lot less likely that I go online when I don’t need to.

If you do want to work offline, you’ll have to change how you work, as you can’t research and work at the same time anymore. That isn’t necessarily a bad thing, though. After all, researching and writing at the same time might not be the worst kind of multi-tasking (which might lead to brain damage) but still isn’t as effective as single-tasking.

And so, I’ll start off with doing some research (I’ve taken to using Evernote to store what I’ve found and collect my notes together). Then I’ll write the article away from the internet. Finally, I’ll come back and do another round of research to fill in gaps support arguments, as well as do any necessary fact-checking.

The big advantages? First of all, I write faster, as I can stay focused on crafting my story instead of fact checking. Secondly, as I’m far more likely to finish a draft in one sitting and without distractions, it becomes a far more cohesive whole. That means less editing afterward.

Most travelers think that staying in hostels is the most effective way to see the most for the least money. For them that’s true. After all, their money is always heading towards zero. That means they’ve got to move fast to see what they want to see.

Digital nomads don’t have that problem. We can make money as we go.

That makes renting an apartment far more price effective. Often, for the same price as you pay at a hostel for a private room, you can rent your own furnished space with bedrooms a living room and a kitchen. Of course, it often isn’t possible to rent by the day, so you’ll have to travel more slowly. But then, is that really a problem? After all, it takes a bit of time to get to know a place and the people that live there.

Besides, the benefits are huge.

Want to keep costs further down or find living alone in an apartment too much of a good thing? Then find other people to share with. There are often digital nomads looking for spaces to rent, so why not share?

But how do you get apartments?

A lot of people swear by Airbnb. I’ve used it a few times, but it’s not my go-to place to find places to live. The reason? It’s more expensive than the other available channels.

A most effective strategy is to join that locale’s expat groups on Facebook and ask there where to look for apartments. No doubt somebody will have written up a blog post and will be happy to plug it when you ask.

You see, Airbnb has a huge number of local and different-language competitors. These are often cheaper. Even if you don’t speak the language you can get some distance by using Google translate and common sense.

Of course, those groups are also great places to go if you’ve got a place and are looking to rent out an extra room to others. That can be a great place to push the cost of living down even lower and to meet new cool people besides.

And that has to be part of the reason we’re digital nomads, right?

Some of you might wonder why I don’t connect with the locals directly. You can do that too. The thing is when they do know of rentals these are likely to be long term (as in at least 6 months) as well as unfurnished. What’s more, I’ve found that people from different parts of the world look at different things as essential.

You’ll get used to it

And that’s the advice you can start to apply today. I’d like to say one last thing, though. And that is that if you’re starting out, don’t worry about it too much. In the beginning, it is hard to stay productive. That’s because the life is new, exciting and you want to do everything.

When you’ve been living this way for a while, though, that changes. You get used to everything, eventually, and that includes constant travel.

Sure, every new place will still be cool and original, but you won’t have to go out and see every sight and do every touristy thing right on day one. You’ll take your time and find it easier to not get distracted.

What’s more, even when you’re vagabonding, you’ll figure out some routines. They will creep into your way of working and make you more productive. So, yes, work at being more productive. But don’t beat yourself up when you do fail. It happens to us all.

And besides, if you get too wrapped up in working and being productive, you’re going to miss out on the greatest thing about being a digital nomad! Namely, the life you’re living and the places you’re living it in.