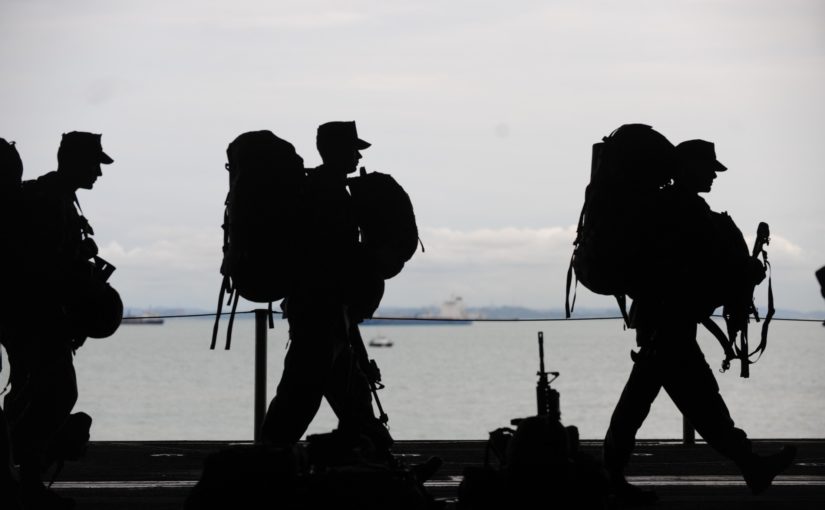 For the last four years, I’ve had two bags and about 30 kg (65 pounds) to my name. This includes my clothes, my toiletries and my entire freelance ‘office’. I could take more, but then I’d have to carry it. And, after an 18-hour bus journey where they once again dumped you miles outside of town, the last thing you want is more weight. So I’ve learned to pack effectively – taking what I need and leaving the rest behind.

The truth is simple. On the road lots of things you think you’ll need you won’t. While other things – things you haven’t considered – turn out to be essential to the travelancer life.

I learned this through trial and error. I’ve seen a lot of puzzled faces. Sometimes it was because I was offering people in some far-flung place my perfectly good hand-me-downs. At other times, because I was looking for something they didn’t even know existed until I asked for it.

To spare you from that I’ve collected together what I’ve learned, so you can learn to pack effectively from my mistakes instead of your own.

Note: This is for the digital nomad’s existence, not a backpacking trip. They have different priorities.

High-quality bags will make you hardly notice a bit of extra weight. Bad ones, in the meantime, aren’t just unwieldy, but they’re liable to come apart on you. I’ve seen it happen. Once I saw a girl’s bags shred and her stuff scatter across an Indian street as she chased a bus she needed to catch to get her flight. We helped of course. All of us running around like headless chickens, grabbing things and stuffing them into garbage bags. In the meantime, we’re all thinking (but nobody’s saying) how is she going to check her stuff in like that?

So, to pack effectively start with your bags. If you’re planning to spend a lot of time abroad, then get some good ones.

Here’s what you should pay attention to: 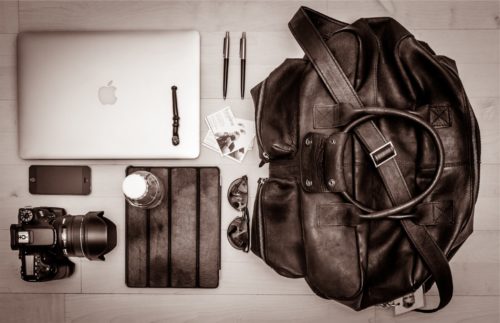 When freelancing online, your most important piece of gear is your laptop. Make sure it’s up to the challenge. The operative word here is ‘durability’. You want something that isn’t going to break down on you. It can be hell to get a new laptop in the right language and with the right software on the road. The internet is often shit out here so downloading it will take forever.

Read up on what brands are the best and last the longest. I’m currently using an HP and so far it has served me well, but I’m sure there are others that are just as good. Whatever you do, don’t try to save money here. Sure, it might mean you head off with a fatter bank account. But when your laptop breaks down and you can’t work for weeks, that will cost you far more.

And trust me, it will break down at exactly the wrong time. When you’re at the ass of the world or are flat broke. That’s what always happens.

While you’re at it, get it checked up often and update your software! Software that hasn’t been updated offers gateways for hackers and criminals to get in, steal your details and screw things up.

And as you’ll probably use your computer for your finances as well, that can ruin your trip on so many levels.

Not everybody has the same sockets

You can now get multi adaptors that will allow you to plug into most socket. They cost a bit ($20 US) but you should get one anyway. You might be tempted to buy a converter that only converts where you’re at as they’re much cheaper.

You won’t believe how often just moving across a border will have the plug change on you. Within no time you’ll have half a dozen different adaptors banging around in the bottom of your bag.

If you can even buy the one you need, that is! Particularly in countries where people don’t move around much, many shops don’t stock adaptors. That can mean it sometimes takes days to find a replacement.

Can you make your laptop battery last that long?

At home, you might have your own little quiet corner where nobody disturbs you. Those are rare on the road. So get headphones to create them. When you don’t wear them, people believe you’re fair game for a conversation. (Funny fact: the moment I typed that it actually happened to me!) When you do wear them, somehow people interpret that as you wanting privacy.

Get the ones that cover your ears instead of ear buds. They’re more comfortable for long spells and they’re better at cancel out those crying children at the next table.

Also, buy a case. Yes, that does take up more space and doesn’t sound like a way to pack effectively. Still, do it. Things get banged around a lot when you’re traveling and the wires get bent in odd directions. That isn’t good for headphones (or anything else). The case might cost you a few dollars, but in the long run it will save you money.

Don’t put all your eggs in one basket. Diversify your bank accounts.

If you can, get cards in several countries. This will make it more likely a card will work and will give you that extra bit of privacy. 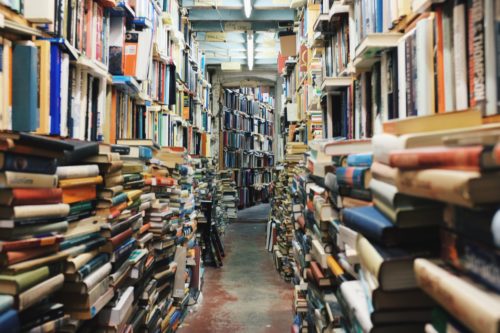 Many swear that paper books are better than ereaders. They’re probably right. There is something nice about the tactile sensation of paper books.

Still, to pack effectively you need an ereader. They’ll allow you to take your whole library with. It means you can get any book the moment it’s published. And all that for the equivalent weight of one book.

All that blows a nice tactile sensation right out of the water.

Use the cloud for extra safety

To pack effectively doesn’t just mean packing physically anymore. It also means putting things in the digital domain. Put everything possible into the cloud as well. I don’t just mean your documents, your photos and your files. I mean a copy of your passport, your driver’s license, insurance and photocopies of all your cards and credit cards.

All that will be a godsend if your bag gets stolen or your passport ends up in your washing machine.

Since you want to be able to get into your cloud if you do lose your gear, consider your password carefully. Use one that is safe but you can remember when you’re stressed out and your paperwork is gone. Otherwise, everything might be up there, but you won’t be able to access it!

You’re going to need plenty more things, like needle and thread, a blanket and so on. This article is already stretching, ​however so I won’t go into that. Besides, others have covered this topic at length.

Even better, have a little notebook. Then whenever you find yourself using something write it down. Did you just want to cut your nails, has that time of the month started, did you need a data stick? That goes inside. When you use it again, put a little tick behind it.

Then, when it’s time to pack, you’ll have a list of items you use and how often you used them. You’ll be surprised with what’s on there. Of course, you can’t take it all if you want to pack effectively, but at least you’ll know about it and can think about it.

Grab some scales and see how much everything weighs and take what you can comfortably carry. No doubt, when you’re out and about, you’ll still get rid of some things (and add others). At least you’ll find yourself giving away less and spend less time looking for something than you otherwise might.

And that’s worth the effort, to be sure!