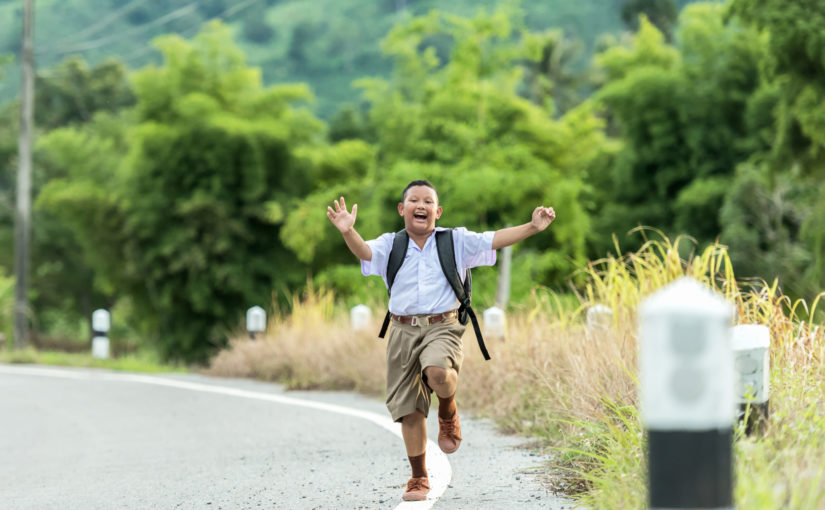 We travel because it makes us happy. From the cubicle, the vagabond existence seems idyllic. It is full of swaying palm trees, sandy beaches, and so many smiling people you’d think it’s a cult. The thing is unless you join a cult you can’t be happy all the time – not even then, actually.

Every existence, even the one on the road, has its shades of blue.

For example, you might feel lonely. You might tire of the hedonism and want more engagement and meaning. Or you might have been going for so long that you forget why travel is good for you and start seeing ‘normal’ life through rose-tinted glasses.

It happened to me two weeks ago. A wave of despondency hit me. I spent days questioning the vagabond existence. I shut myself away, went soul searching and wrestled with my demons.

It’s not like it is the first time. I knew it would pass. It always does. This time, though, rather than just battening down the hatches and waiting it out, I decided to do something about it. I dusted off my psychologist’s cap and took a positive psychology refresher.

I picked up ‘The Happiness Advantage’ by Shawn Anchor. Like the critics, I was impressed. It’s full of interesting and – more importantly – actionable ideas. What was more, though it is aimed at the workplace its lessons about how to find happiness are easy to adapt to other walks of life.

Happiness is more than hedonism 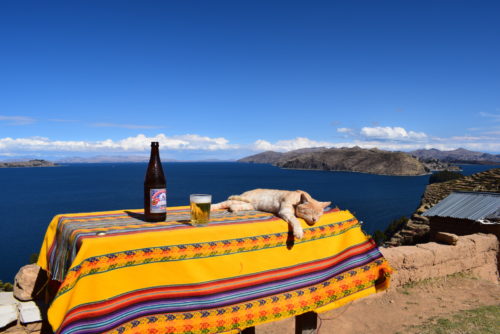 Let’s deal with definitions first. Happiness isn’t just hedonistic pleasure. Sure, they’re a part of it. It’s nice to have the sun on your face, a drink in your system or to laugh at cats on youtube.

There is nothing wrong with that.

It’s just that happiness has more facets. Happiness isn’t just about pleasure. It is also about being engaged, by for example your job or your hobbies, and finding meaning in your life.

In fact, Aristotle might have had a better word for it. He called it Endaimonia, or ‘human flourishing’. I’d feel massively pretentious if I used that, though, so I’ll just use ‘happiness’.

Make hay while the sun shines

The first big point in the book is that modern society puts the success cart in front of the happiness horse. We’ve come to believe that if we’re successful then we’ll be happy. Of course, as travelers, we already know that’s a lie.

He confirms that standpoint with the help of science (oooh, science!).

Being happy makes us far more likely to be successful. It helps with memory. For example, we can organize new information more efficiently, recall it more easily, and remember it longer. It also makes us more creative, better problem solvers and more inventive to boot.

In fact, that’s what we now believe happiness is for. Interesting fact: Until recently psychologists didn’t know what happiness and positive emotions were for.

They knew what negative emotions were for. Fear, for example, protects us from danger, while anger guards against exploitation.

But nobody could tell what the positive emotions did. Sure, they made us feel good, but things don’t exist in nature to make us feel good. Evolution tells us it must keep us alive or give us children for it to stick around.

So what was the point of it? Barbara Fredrickson answered that question with her Broaden and Build theory.

It states that when we feel good we become more approach-oriented. We go towards opportunities, people, and challenges. What’s more – unlike negative emotions which narrow our perception to deal with a problem – positive emotions broaden them. That means we’re far more likely to notice things.

For example, in one experiment people were asked to count the pictures in a magazine. This took unhappier people about five minutes. Happy people did it in a few seconds. Why? Because on page two there was a picture that said ‘stop counting, there are 52 pictures in this newspaper’. Happy people noticed it. Sad people didn’t.

Happiness is about seeing opportunities, connecting with others, building up our mental and physical resources and enhancing our lives. 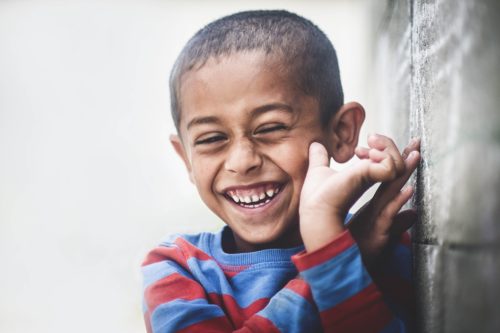 Okay, so far so good. That makes sense. Just knowing that, though, doesn’t make us any happier. It’s a bit like learning how an engine works. It won’t let you drive a car.

Here is the first actionable insight: We have a limited attention span. Our awareness is like a spotlight. Where we point it there is light. Everything else is in darkness.

We can use that to make ourselves happier. How? By consciously trying to focus on that which makes us happier, of course!

Here is an exercise that sounds so easy that you might doubt it works. And yet it does. Shawn Anchor quotes plenty of research to back it up. What’s more, I’ve been trying it out myself for the last couple of days and it pulled me right out of my funk.

Once a day list three things that happened in the last 24 hours that made you happy. That’s it. Keep that up for a week and you’ll feel happier not just during the time, but even up to six months later!

Myself, I’ve taken to doing this with my girlfriend at dinner. In this way, not only do we focus on things that made up happy, but we spend time talking about them afterward. This makes us feel better about ourselves and each other, thereby creating a positive spiral.

Events and how you perceive them

Okay, next one. Bad things happen to us all. You might not believe that. You might feel some people are luckier than others. No doubt, there is some truth to that, but the difference is smaller than you think. The rest is all down to perception.

Take this example from The Luck Factor, by Richard Wiseman.

You walk into a bank. There are 50 other people there. A robber enters and shoots once before he is overpowered. The bullet hits you in the arm. Are you lucky or unlucky? Why?

Take a moment to answer that.

If you’re like the vast majority of people (about 70%) you’ll say you’re unlucky. ‘Why me’, you might say. ‘Why did I get hit?’ Or, ‘I walked in healthy and now I’ve got a bullet in me. How can I ever see myself as lucky?’

The other 30% see things differently. They frame it as followed, ‘Boy, I’m lucky I only got shot in the arm! That bullet could have hit me in the head! Or he could have shot more people!’

As you can probably guess, those that see the event as lucky, those that have a positive explanatory style, are happier. They also rebound from negative news and events quicker, are less affected by stress, get better grades and do better at new jobs.

Why? Because they are more likely to see a negative event as temporary or see it as positive instead. And rather than seeing adversity as an obstacle they see it as stepping stones to personal growth.

The ABCDs of a better explanatory style 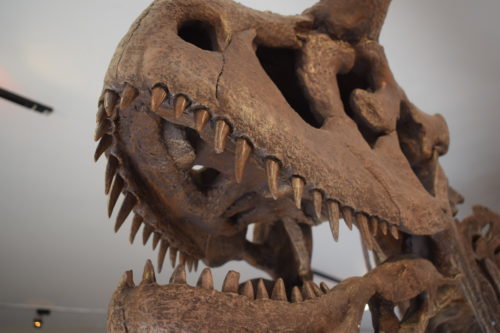 That brings us to our second actionable insight. You can actually change your explanatory style. Just follow these ABCDs.

Of course, you might not be able to turn a negative event into something positive. Just being able to dial it down will help, though.

So, when you miss that bus, when the room you booked is crap, or when your trip comes to an end and you’ve got to work again, don’t let that defeat you. There will be another bus. The room might be crap, but you’re still in paradise. And maybe you can find a fantastic job where you can work and travel. 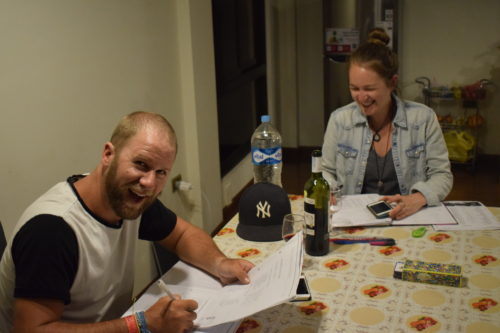 Another thing that impacts how happy we are is how much control we feel. That makes sense. We want to be in control of our own destiny. Heck, many of us travel because it frees us from the expectations and constraints of home and lets us take control.

And yet, that doesn’t mean that we’re always in control. Sometimes things get away from us – whether we’re on the road or back home. Even worse, sometimes things get so overwhelming that we don’t know how to get back on top of things! Perhaps your bag got stolen, you don’t have any money left and you’re supposed to be traveling 2000 miles in the next 24 hours.

Here we come to the third actionable insight. To take back control:

So why does this work? For many reasons. In step one we’re taking that unnamed anxiety and stress we’re feeling and naming it. Once defined, the anxiety will already be more manageable.

In the second step, we’re dividing up those things we can affect and those we can’t. From there we can ignore those stressors that we can’t control and focus on those we can.

And in step three, we’re starting to take back control. Instead of trying to tackle everything and getting nowhere we’re eliminating things one at a time. Each time we do that, we reduce the number of stressors we need to deal with and boosting our sense of control. That, in turn, makes us more capable of dealing with the next problem on the list. 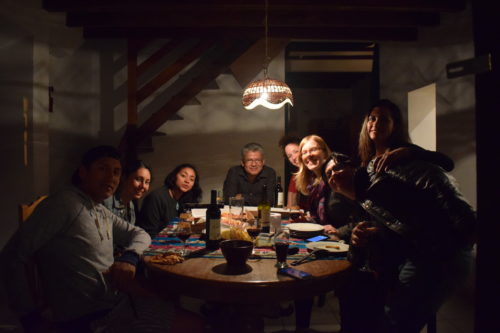 Finally, there is the best predictor of happiness and that is social support – from friends, loved ones, and colleagues. As a 70-year study shows, the best predictor of success – better than everything else I’ve mentioned – is how loved and connected we feel. Loneliness, on the other hand, is a killer.

Personally, of all the areas we’ve covered this is where I struggle the most. Because I move around so much and never stick around long enough to build up a big social network, I often feel lonely. I doubt I’m the only traveler who struggles with that.

Yes, we meet lots of people, but we leave them behind as well.

Then, just at those moments when we don’t have anybody to turn to, life sucker punches us. (Note: After reading this book, I realize the reverse is also possible. We might frame bad events negatively because we’re feeling lonely and lack social support).

Towards that end, there is the fourth actionable point, which consists of two suggestions:

Now get out there!

So that’s it. I’ve tried to squeeze a lot of information into one article. My apologies for that. I’ve already been selective. The book has a lot more. So if you want more, go and pick it up. Again, it’s called ‘The Happiness Advantage’.

Last point: if you like what you’ve read, then act on it. Knowing what is right and doing what is right isn’t the same thing. If that were true we’d all be healthy, well-connected super people who wouldn’t need to read about happiness.

To use what I’ve written here, make it the path of least resistance. For example, commit to it together with another person, so that it’s embarrassing not to do it.

Similarly, take the behaviors you don’t like and make them harder. For example, if you’re often negative agree to pay a dollar every time you express a negative sentiment. That will make you more aware of what you’re doing. From there you can then stop.

Also, don’t try to sprint a marathon. Don’t do everything at once. Instead, keep nudging yourself, day by day, towards the right behaviors. Sure, you’ll stumble. There is nothing wrong with that as long as you keep going.

If you can do that, then you’ll find yourself embracing these techniques and being happier for it. Not sure you can do it? I hear you. At the same time, why not give it a try anyway?

What have you got to lose?