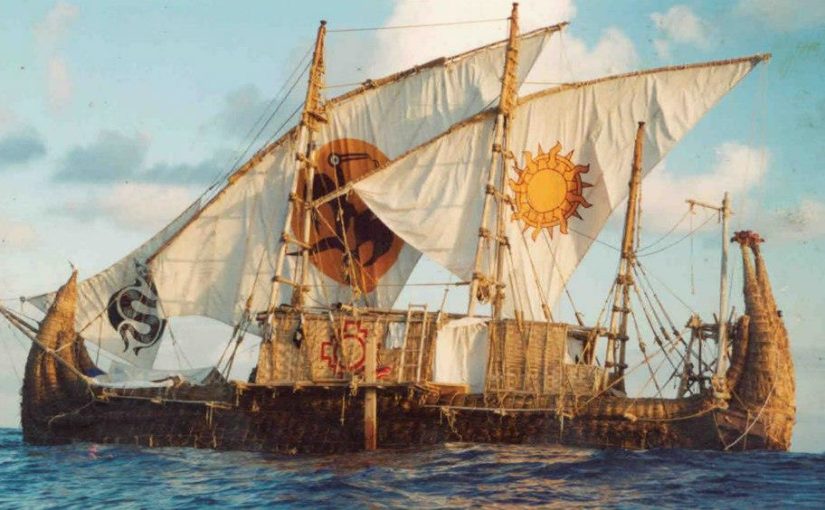 “I wasn’t going to climb that mountain in Nicaragua,” Phil tells me, “But then I found this guy who specialized in landmine removal and he said he could take me to the top. He still had all his fingers and his toes, so I followed him. He set out a route with red flags but I still made sure I put every foot where he’d placed his. Man, that was scary.”

But it was the highest peak in Nicaragua and part of his quest to climb the highest peak in every country in South, Central and North America. Something he says, nobody has managed to repeat yet since he did it. It took him a while. Ten years in total, to climb all those mountains and visit all the schools to tell them about what he was doing. “I loved going into those schools, especially middle schools where they actually listen.” He tells me, “I asked them to help plan my trip. They’d tell me to go see this ruin or that. And then I’d come back with the pictures and they’d get really excited.”

Even as he was finishing that project, however, his mind was elsewhere. He was already planning his next adventure. The next place he wanted to conquer was the sea. And not just in any old way. 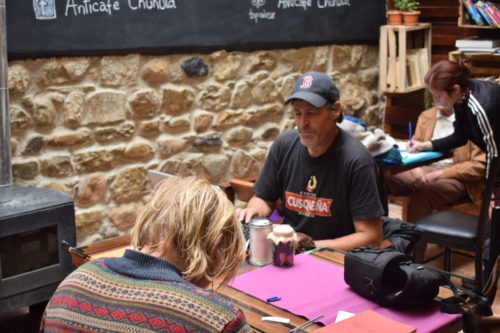 It had been his dream ever since he’d been eleven years old. It was the legendary Thor Heyerdahl and his book Kon-Tiki, about his journey to the Polynesian islands on a raft by the same name, that inspired him.

Apparently, reed boats were used by the Peruvian Moche, the Egyptians, and many other tribes besides. Where there were pyramids there were reed boats. And the theory was that they’d sailed them great distances, including to Polynesia and possibly beyond.

Phil decided that he wanted to turn theory into practice.

In 2000 he sailed his first boat out from the coast of South America westward. In 2003 he did it again. That second adventure started off poorly. A badly tied knot meant that the boat they’d spent a year building instead of being pulled out to sea was slammed again and again against the coastline by the waves.

“The navy, who’d tied the bad knot to begin with, tried to keep us away. They said it was dangerous. It was dangerous. But we weren’t going to let the sea batter apart a year of work.” The managed to pull the boat off the shore with muscle power alone. Six men and their desperation pulling an 18-ton boat out of the sea’s crushing grasp. “That entire trip the boat listed and we couldn’t even get close to the speed we’d had on that first trip.”

They didn’t make it past their first stop, 76 days out to sea. After that, it just got too dangerous. Phil didn’t want to have to call for a sea rescue. It wasn’t just him on that boat. He had his crew to think about. 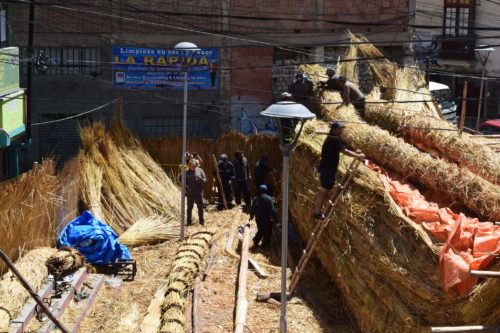 Ever the optimist he tells me, “At least I learned a lot about sailing a reed boat near the end of its life. That will help us during this trip.” It probably will as this trip he’s going further than he’s ever done before. They’re going to go all the way from Chile to Australia. “I’m not getting off the damn boat unless the wind blows me off. If it’s just me that sails that boat then so be it.”

How long will it take? Six months, he tells me. There will be just four stops in Mangareva, Tahiti, Fiji, New Caladonia and finally Sydney. The first one will be after two months and it will only be for one or two days.

“Only two days?” One of the other crew members asks in surprise. “I thought we’d get at least a week.”

“We can’t stop for a week!” Says Phil, “After all, the boat is sinking every day.”

“Can’t we just pull it up on the shore?”

“It’s a reed boat. If you do that, you’ll damage it. Only on the second stop can we lift it out of the water to let it dry, but then we have to worry about rot.” When will the second stop be? Another month after the first island. Three months at sea, with 12 people on a 64 foot (18 meters) boat that at its widest is only 13 feet (4 ½ meters). The crew member looks shocked. The reality of what he’s agreed to only just starting to sink in.

“Not everybody’s going to make it all the way,” Phil confides in me later. “Some people are definitely going to get off on the first island. Fortunately, we’ve got replacements. I spent a lot of time thinking about the psychology of 8 men and 4 women at sea for six months, keeping those people away from each other that aren’t getting along. That might be harder than building the boat!”

Not that building the boat is easy. The boat needs 2 ½ million individual reeds that have to be dried, grouped, bundled, shaped and tied together. And that’s just the hull. There are the masts, the cabin, and the clay oven (for obvious reasons, open fires aren’t a good idea on a reed boat).

There are the sails to consider as well. “I want to make them by hand, but of course that’s dangerous. We don’t have any experience. What happens if on day one there’s a gust of wind and the whole thing just shreds?” After all, there won’t be a motor. It’s sail power all the way.

There are also the modern-day problems to think about. They need to take a whole lot of equipment in accordance with maritime law. What’s more, every part of the trip has to be documented, for science, television and for the documentary they’re making. That means taking drones, cameras, and the means to power them – solar panels, wind turbines, and the rest. That’s a lot of extra weight. They might even have to take a generator. You can see he doesn’t like that idea. He hates everything that reduces the trip’s authenticity.

It almost seems like he would have preferred to like to lived back then when life was simpler. “Maybe life was better that way, the way they were.” I can see why he’d think that, with his son sitting close by but worlds away. He spends almost all the time I see him staring at his computer screen watching movies and talking to people from back home, even though he’s leaving back for the US in a few days.

He isn’t going on the trip and doesn’t demonstrate much interest.

He seems to be the only one. A whole host of luminaries comes to see the boat and the project, not least the Bolivian President Evo Morales. And that while the project isn’t even launching from Bolivia. The boat will be taken by truck from the 4000 meter-high La Paz to the coastline. That trip could well be more nerve wracking then when they’re on the water. It’s going to be slow going.

Fortunately, there’s time. They are still a few months away before D-day. “I’m planning to launch of February 22nd. Then we’ll have the right winds.” His eyes sparkle as throws up that image in his mind’s eye.

Why does he do it?

“For science; to show that it’s possible to make these kinds of trips.” He replies. Then, after a moment’s thought, he adds, “I do it to inspire people – to show them that they should pursue their dreams. I still get letters and emails 15 years later from people to thank me for sharing the things I do. One of the crew was actually was somebody I talked to when he was 13. He said my talk changed the course of his life. Now he’s coming on the boat with me.”

I’m sure there are countless other who would give up a job, a house, a life to do the same. I almost did. Continue inspiring, Phil. Even if your own flesh and blood might not understand, you’ve got thousands of surrogate sons and daughters who do. And besides, if you continue living your way, the right way, he’ll come around.

And on the off chance he doesn’t, you can always adopt me.