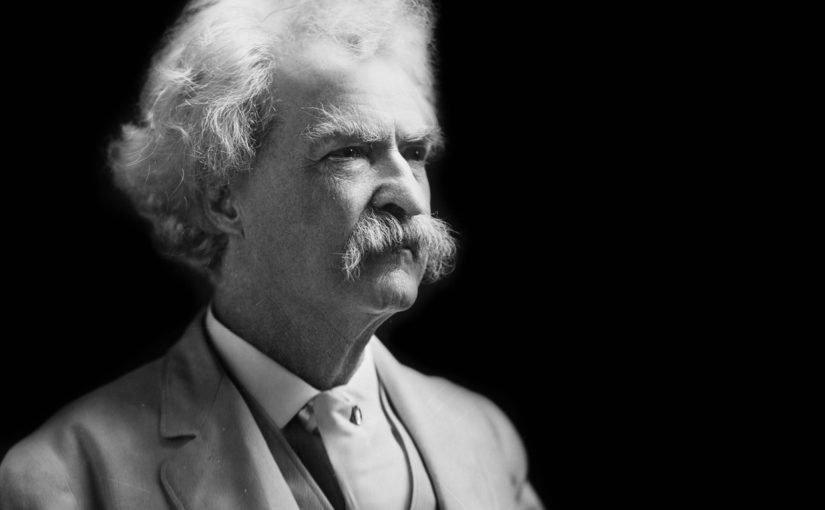 I hope you’re ready for the second installment of my write engagingly series. I thought long and hard what I should write about in this one. And though I’m blowing my own horn by saying so, it’s a humdinger!

And yes, you’re absolutely right. In my write engagingly 101 article, I did say you should avoid the exclamation mark. I was just making sure you were paying attention.

A gold star if you picked up on that.

Do note that I wasn’t implying you should never use it. That would be overkill. Instead, I meant that it should set off warning bells (or perhaps exclamation marks) in your head when you do hit that key.

Okay, on to new things. Let’s not spend this write engagingly article rehashing what we’ve already covered. No doubt you’re fidgeting in your seat for me to finally get on to the topic of today (I’m sorry, was that you just suppressing a yawn?). I mean, a 125-word introduction? What am I thinking! I hear you. Besides, we’ve got a lot to cover. Today, we’re going to talk about engaging the senses, as well as metaphors and similes.

But before we get to them, let me tell you a story about storytelling.

How I discovered storytelling

In the past, I didn’t like to talk about myself in my writing or use personal anecdotes. Maybe it was because I had a low opinion of how interesting my life was. Maybe it was because I’m kind of a private and don’t like talking about myself. I’m not sure. What I am sure of was that I liked to stick to the facts and use them to convince my audience.

The problem was that though my work was received well enough, it rarely moved people. In fact, the greatest movement you were likely to see was a stir of the shoulders. I didn’t write engagingly. My writing had neither legs nor wings. People didn’t feel they have to show it to a friend or share it with anybody.

It was hugely frustrating. Often I would sit up late into the night when I’d published an article, refreshing the page cursing the static visitor counter. A few times I nearly gave up on writing, as yet another carefully constructed essay or argument got ignored.

I couldn’t figure out what I was doing wrong.

I chanced upon the solution quite by accident. At the beginning of my professional writing career, like so many I started ghost writing. As many of you know, that often pays only a pittance per word. In those cases, if you want to make ends meet, you’ve got to write a lot of words.

That doesn’t leave a lot of room for research. And so, to fill those pages, I started weaving in personal experiences. “What does it matter,” I thought. “My name isn’t on those articles anyway, so nobody is going to know they’re mine.” And thereby to my mind, my privacy was preserved.

Of course, I still had those fears about nobody wanting to hear my stories. And so, day after day, I would open up my laptop with sweaty palms expecting a negative backlash from clients and readers alike.

It never came. Instead, quite often those stories would do exceptionally well. Suddenly things that I wrote did spread beyond the initial audience. And that while I was churning them out at speed rather than constructing well-worded fact-based arguments.

Why storytelling works so well

Despite what philosophers may say, we’re first and foremost emotional creatures. How could we not be? Emotions evolved long before conscious thought did. So, if you want to write engagingly and capture people’s attention, you’ve got to appeal to their emotions as well as their intellect.

Stories do that. That’s because we’re built for them.

And they don’t just engage people either. They’re also the best way to convince them as well. “What?” Some of you cry, “But an argument backed up by facts is the very definition of convincing! How can you say a story works better than that?”

On one level you are right, of course. Facts are – or should be – convincing (though I have a two-word counter-argument: Donald Trump). The thing is, people just nodding ‘that’s true’ isn’t enough. They have to make your argument part of their internal story.

And the best way to do that is with an external story. It won’t just convince them, but keep them convinced as well.

You see, the problem with dry facts is that they don’t attach to anything. They tend to slip from the mind. Unconnected names and ideas float away like autumn leaves.

Stories, on the other hand, are memorable. They’re the trees of our mindscape, holding all the ideas, thoughts and fact together. They’re the catalyst that incites both the mind and the heart.

So don’t be afraid to use them.

One final point: Storytelling is a skill. Yes, that’s right, just like if you want to write engagingly. That means that you’ll have to practice. Chances are, you’ll fall on your face a few times. It takes time to find the right tone and the right balance between fact, fiction and recollection. Don’t let that dissuade you, though. Keep working at it. It will pay dividends in the years to come.

What are for you the most memorable lines I used in the previous sections? I’m going to go out on a limb here. Did the gold star, the sitting up all night hitting the refresh button, the opening my laptop with sweaty palms and thoughts being autumn leaves and stories being the connecting trees feature among them?

If they did, it’s because they engage the senses.

You can see the gold star. You can feel the plastic of your laptop and the sweaty palms. You can imagine the frustration and the disappointment of sitting up all night waiting for a reaction. Chances are, you even envisioned my storied mindscape full of trees and autumn leaves.

By using this kind of language I can draw you more easily into my world and my thoughts. I’m creating an alternative reality, complete with pictures, for you to inhabit. The more vivid the pictures I paint, the easier that becomes. And that is another piece of the puzzle to write engagingly.

For most of us, the easiest sense to use, of course, is sight. Don’t forget, however, that we’ve got four more than that. (Okay, we’ve got about 20, but for the sake of writing, the traditional five are the ones to focus on).

But how do you engage the senses when the main thrust of your argument isn’t a story? How do you use them in, for example, a report? That’s where similes and metaphors come in. Literary types often say you shouldn’t use similes (comparisons with ‘like’ or ‘as’ such as ‘ideas floating away like autumn leaves’). They will say that they’re weaker versions of metaphors (stories are trees holding our ideas together).

Don’t listen to them.

Both have their place when you try to write engagingly. Sometimes one will occur to you. Other times the other. Don’t abandon it, just because some tenured professor says that it’s not literature. The writer’s landscape is already littered with too many ‘don’ts’ and ‘nos’ – many of them put there by your inner critic. There is no need to let anybody add any more.

That said, don’t overuse the clichés. Sometimes throwing one in isn’t a problem. They’re clichés because they’re effective. But throw in too many and readers might decide you’re lazy and be turned off. Perhaps you are being lazy.

After all, when you find yourself using a cliché, that’s a perfect opportunity to use your creative muscle.

You just described love as butterflies? Why not describe it as a cobbled street – uneven, full of potholes but oh-so beautiful and always worth going down, even if it ends up leading you astray. Want to describe a great idea like a rising dawn? Why not compare it to the day’s first cup of coffee, mind altering, stimulating and stomach-churning?

I’ve found that the best way to come up with comparisons is to use lateral thinking. That means not saying ‘no’ to any idea however ludicrous it may seem. Because, though this idea might be ridiculous, the idea hiding behind it might be what you’re looking for.

For example, the cobbled street metaphor (okay, simile) came to me when I compared love to the busy street in front of the café I’m sitting in. It is filled with mini-busses and bored drivers waiting for the light to turn green.

That’s not a great comparison for love (though it would have been a good one for how many people who are too scared to grab life by the balls). If I would have rejected it out of hand, however, then the cobbled street simile wouldn’t have come to mind.

So let the ideas flow. It doesn’t matter how many bad ones you get. All you need to write engagingly is to get to the good one at the end.

A good text resides on multiple levels. It’s both got factual information and a storyline. It engages the heart and the mind. It works as a thought and a visual. The more levels you can add, the more engaging it will often be. Every new thread allows you to draw your reader deeper into your web of words. (That was an acceptable use of a cliché, don’t you think?).

Sometimes these extra levels will come to you on your first draft. More often, they’ll only come to you as you come back to a text and a particular turn of phrase sparks an idea. For that reason, don’t write an important text at the last minute. Instead, give them some time. Let it cook. Then you’ll find that with each additional pass you add more layers and more dimensions. And that is almost certainly going to make what you write engaging.

Want to read more about this topic, then check out the next installment of this series – write engagingly: the secret sauce.