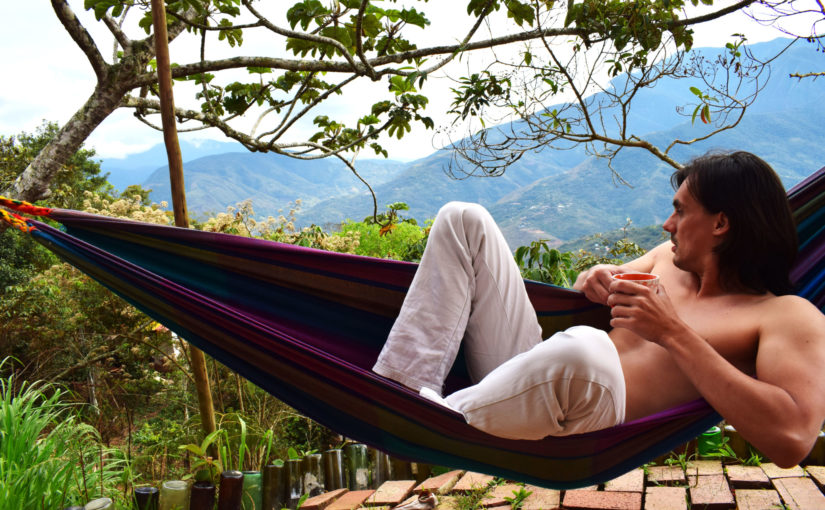 Anybody that’s traveled for a while knows the feeling. You arrive at some stunning location that should have you slack-jawed in wonder and you find it barely moves you. You meet yet another fascinating person with great stories to tell, but you can’t muster the interest. You feel lonely in a bar full of friendly people who are just dying for a conversation.

You get somewhere new and all you can think about is the place and the people you left behind.

Much like there are cycles to the moon every trip waxes and wanes. The problem is, though it might be easy to find happiness in the beginning, the longer the trip the more muted the ups tend to become. Everything becomes normal eventually – even pearl-white beaches and stunning mountain vistas. And here I’m speaking from experience. You see, the featured image of this article isn’t some stock photo. That’s me and that’s the view from our front door.

The downs, in the meantime, don’t seem to get dialed back. They stay the same. They might, in fact, even get a little worse as they don’t have the ups to balance them out.

Now this feeling has many different facets. Part of it is ‘been there, done that’ and part of it is that you’re always an outsider wherever you are. For me, and no doubt many other traveling freelancing writers, the worst demon has to be loneliness. Perhaps it’s because as writers we’ve got to spend such long periods alone. Perhaps I’m just one of those people with a disposition towards spending too much time by myself.

Whatever the case, there can be no arguing against it. I’ve had some horrendous lonely spells.

I think for me the time I was at my most lonely was about three years ago. I was writing a book and wasn’t yet ready to share it with anybody. That meant I had nobody to talk to during my working day. And as I was trying to finish the first draft in only three months and maintain my writing career on the side, there wasn’t a lot of time for anything else.

To compound matters, the town I was in – Sihanoukville, Cambodia – was lovely. Unfortunately, like so many places on the traveling trail, the only thing that people seemed to do in the evenings was drink. As alcohol isn’t a winner for tight writing deadlines or productivity, most nights I had to forgo that. And so I stayed in the barren little hotel room I’d rented most nights, watching reruns of old shows and reading.

I don’t know if you’ve been there. But when that happens, when you spend that much time alone, the loneliness becomes something almost physical. It has a presence. It takes on a personality.

It becomes coiled up in your shadow, leeches your happiness and squeezes your heart. It affects you on a fundamental level.

I think you can still read back some of the pain I was feeling in that book’s pages. The main character certainly isn’t a happy fellow. In fact, the whole book is pretty bleak. But then, they say your best writing comes from inner turmoil. I’ll let you judge for yourself.

So how did I break out of this lonely spell?

Well, obviously when I’d finished it I beat a straight path towards people that I knew, basked in their company and recuperated. More importantly, I decided to make sure that never happened again. The way I did that was to develop several antidotes to fight that loneliness.

Now the most obvious solution is to travel with somebody else. That’s what I’ve been doing with my girlfriend, who has been wonderfully supportive. I’d argue that there is rarely better medicine than that.

If you do decide on this path, however, particularly if you’re going to be working, be aware of a few things.

Make sure they’ve got something to do. On the road, they can’t just go visit a friend or go around to see family. Heck, sometimes the internet barely works and they can’t even give anybody a call. That can be intensely boring, no matter how beautiful the landscape.

And when one person is bored and the other person is busy a lot of tension can develop, which will strain any relationship.

So make sure they’ve got something to do. Get books, paints or a camera. Inspire them to find a hobby. Pull them into helping with your assignments. Get creative to give your relationship a chance.

Realize that you’re going to spend a lot of time together. When you’re traveling with another person the likelihood that you’ll meet other people drops. This is particularly true if the other person is of the opposite sex, as then everybody will assume you want to be left alone.

So make sure you can actually take that person’s presence 24/7 and can live with their little foibles and personality traits. After all, chances are you’ll be sharing your thoughts, your meals, and your bed. 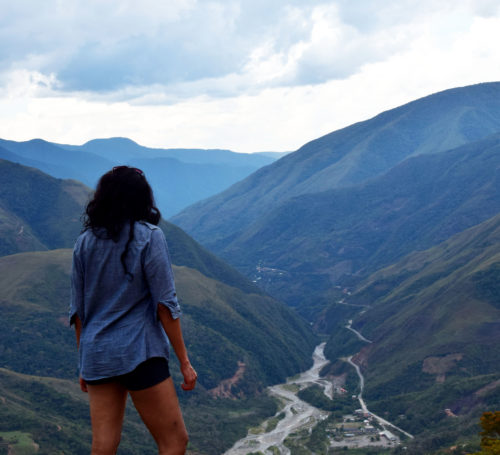 That not your cup of tea? Then try one of the following strategies:

Sure, it might sound enticing to give up the house and carry everything you own in two bags, but perhaps consider not taking things quite that far. I’ve met many travelers who maintain a home somewhere that they can return to and are the happier for it.

The idea I like best is where you have a house in some kind of location that is popular part of the year and empty the rest of it. Then you live there in off season and rent out their space in high season, while you go traveling. Alternatively, you can work through the high-season and hit the road through the off-season.

Either way, got friends they can come back to. And as an added bonus, you’ve got a good and steady income which makes it less essential that you work hard while traveling. And take it from me, sometimes it would be nice if I didn’t have to work quite as much as I did.

I think the best traveling times I’ve had have been where I’ve had traveling buddies. Now, traveling buddies are different from a traveling partner. There more like people that you meet all over the world for a few weeks or months at a time. That will still allow you to forge your own path. And you’ll still be able to work when you need to, even while you’ve got people to hang with when you need that.

What I love about my traveling buddies is that I don’t have to go through all the hoopla of feeling each other out and finding if we’re a good fit. You already know that. You like each other. After all, you agreed to meet again.

In fact, quite often with these people when you do meet up again you pick up where you left off the last time. And that’s awesome – especially as you’ve got a whole lot of new stories to tell.

It works even better, however, if you work at it. That means keeping your ear open for other road warriors who live the way you do. And when you meet somebody like that, taking the time to see if you can actually connect. Of course, you can’t force it, but you can certainly give it a chance.

When you’ve got a few of these kinds of people around the world, make sure you all share your schedule. Nowadays with all the tools out there that’s a lot easier to do. For example, you can start a Facebook group where you invite the people you’ve met and get along with. Then you all share where you’re at and where you’re going. Then, when you find yourself on a path of near collision it’s much easier to tweak your routes. In that way, you don’t just hurtle past each other like strangers but instead connect. 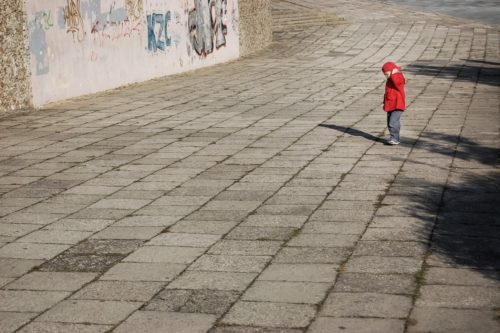 Why not take this idea a step further? Why not create places where people can gather? After all, if you’re constantly on the move you’re going to get exhausted. You want pit stops every so often. That’s the spirit of slow travel.

Sure, you could go visit family or friends in the different corners of the world. But it could just as easily be with other vagabonds, couldn’t it?

For that reason, when you’ve found one of those places that haven’t yet been destroyed by too many travelers and is special, stop for a while. Then create a community for other freelancers and creatives to come together and collect.

For if five or six freelancers and creatives pool their resources they can rent something quite nice in many corners of the world. As for the money with which you could barely get an apartment in New York you can get a mansion elsewhere. Then, as the word spreads, more people can make their way down. You’ll find new kindred spirits, create something that might take on a life of its own, and fight off the loneliness for months to come.

Loneliness is fought best when you’re together

You shouldn’t fight loneliness when it is waxing. When you start to feel lonely, when it begins to assert itself in many ways the battle has already been lost. Instead, on the road loneliness is something you fight when you’re together with friends and like-minded spirits.

You fight it by making sure that there are like-minded people nearby, or if there aren’t, that you know when you’ll cross paths again. For in truth, it isn’t you who can defeat your loneliness. It is only good friends and loved ones who can vanquish that particular demon.