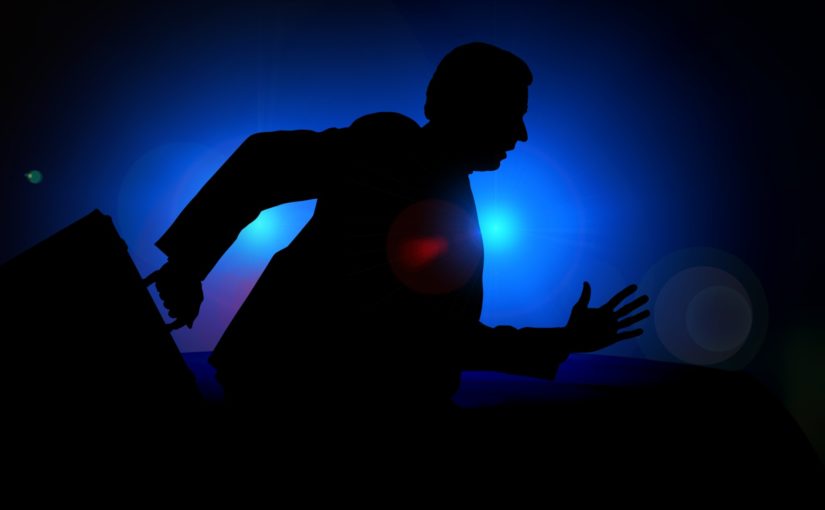 No doubt you’re halfway to packing your bag and booking tickets to Canada. It doesn’t look like you’ll be alone. Many have said they’ll get out of here with a Trump victory. And why not Canada? It’s a beautiful country.

At the same time, there is a lot more world than just Canada. Have you considered seeing more of it? After all, plenty of research shows that travel is good for you and this might well be the perfect opportunity. After all, the inconceivable happened. Donald Trump won. The world as we know it as irrevocably changed.

So why not use this as an excuse to make a change in your life? Heck, at least you leaving has a chance to work out for the best. What’s more, it’s a lot easier than you may think. I’ve given up the steady life for a life on the road on three separate occasions and never found it all that hard.

The biggest problem with heading off into the wide open world? That’s the fear, plain and simple.

You’ll think you can’t do it. You’ll think you can’t make it on your own in a world that you don’t know. Don’t give into that. It isn’t that hard on the open road. Heck, plenty of 18-year-olds head out there with little experience beyond using daddy’s credit card and survive. So why shouldn’t you?

What’s more, you’ve got a counterweight to that fear. You’ve got a fear of staying in a country run by Donald Trump. It doesn’t take two guesses to know which I find more frightening. So, while you’re using my tips to book your flight, read on to know what you should think about before you head out.

Change your dollars before they fall too much

The shock of a Trump victory has sent a shock through the markets. The dollar might well follow suit. Before that happens might be a good time to buy a foreign currency. Wait too long and it might be better to wait a little longer for the dollar to recover. No doubt it will. It always has in the past.

There is one bright spot of a weakening dollar once you have another currency in your pocket. It will mean that most countries pegged to the dollar (there’s quite a few of them) will be far cheaper to travel through. So there’s a silver lining for you.

A piece of advice that will save you a lot of trouble in the long run: get a second bank account in another country as soon as you can. This will allow you to protect yourself to some extent form further currency fluctuations. Just use the account that has the better exchange. It will also make it far more likely that you’ll be able to pull money in any country. (Some bank cards don’t work in some countries, which can be a real pain if you’ve only got that one card).

Get one of those Canada badges for your bag 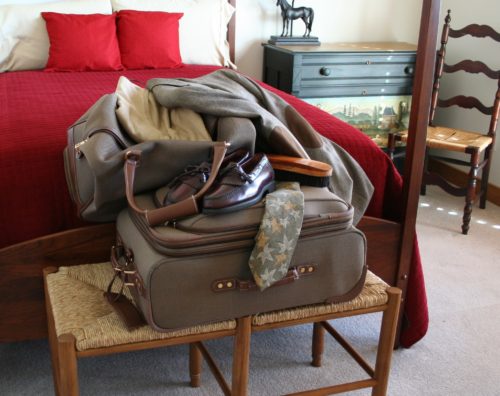 When Bush was in the White House and waging war on the world, lots of foreigners blamed every single American they met for it. It didn’t matter which way they voted. I’m not kidding, I saw people yell at Americans just for holding the same passport as that guy who invaded Iraq.

They didn’t stop at the yelling, either. Americans were more likely to be cheated, hustled or just plain ignored at hotels, bars, and restaurants. I have no doubt that this time it will be worse. Trump is just too skilled at outraging people for it not to be. To deflect some of that anger, get one of those Canadian flags for your bag and claim you’re from further north.

Don’t worry, you might think your accents are about as far apart as the American political parties, but few people abroad can tell the difference.

You don’t even have to go for Canadian. There are plenty of other English speaking countries to choose from. Why not go for Australia, England, Ireland or Scotland? Even South Africa, Singapore or India will do in a pinch. People all speak English there. When somebody does ask you about your accent, just say you lived in the US for a time when you were younger.

Want to reduce your risk yet further? Then read my How not to get robbed abroad article as well as the one about How to read people. That should give you an extra layer of protection.

Figure out where to go

With Trump in the White House, you’re going to have to think about what countries are good ideas to visit. Since he’s made plenty of noise that he has cast doubts on Nato, you probably don’t want to get out of here to Eastern Europe. In fact, Europe as a whole is probably not that great of an idea. It’s got plenty of trouble of its own and no doubt the US presidential choice will clobber it over the head some more.

In fact, try avoiding countries with presidents or leaders that have been openly skeptical of Trump. He has shown he is willing to go to great depths to take revenge on people he believes have wronged him. If he starts to pick on foreign leaders, then Americans traveling in these countries might well be at risk.

Yes, that does limit your options some, but hopefully only for a while (unless global warming takes over in destroying places to visit, that is). And in the meantime, you might explore Russia. It would seem that Trump digs Putin.

How are you going to live?

Eventually, after you get out of here, you’re going to burn through your savings (sooner if you wait too long with changing your currency). When that happens you’ll need some sort of income. One good strategy is to get a holiday working visa. You can apply for these while you’re still abroad and will let you work without getting a company to sponsor you.

Of course, if you’ve got some sort of dual citizenship, that’s even better. You might have more right to one than you think. For example, if you have any Italian heritage then you can apply for an Italian passport. It’s not that easy for every country, but it’s probably easier than you imagine.

Find out if any of your grandparents hold a passport other than US and if they got it through birth. If that’s the case, there’s a good chance that you can also apply for that passport. Check with the embassy of the country to find out what is possible.

Can you be a freelance writer?

Want to do what I do and write from foreign countries? You can, you know. Start by seeing I you’ve got the right characteristics to be a traveling freelancer. Also, make sure you set up a Paypal account. That’s what everybody is using nowadays to pay freelancers.

If you’re new to this gig, start getting some work samples out there ASAP. I started with Upwork. They don’t pay much, but some money is better than none and you’ve got to start building a portfolio somehow.

Alternatively, do something like what I’m doing. Start a website where you can showcase what you’ve done as well as write articles to show what you can do. There is a catch-22 in writing. It is that nobody will hire you you because you don’t have a portfolio and you can’t build a portfolio because nobody will hire you. Having a blog is a good way to escape that trap.

If you want more such advice, be sure to join our newsletter 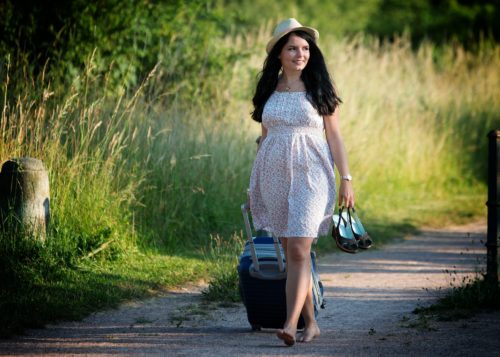 Make sure your paperwork is in order

When does your passport expire? What about your driver’s license and your credit card? Make sure that you’ve got at least a couple of years on these, as it can get pretty hard to replace these when you’re far from home.

Another good one to check is your health insurance. Does it cover you in foreign countries? Do you have travel insurance? It might be a good idea to get one, because when you live on the road, what you carry with you becomes your life. You want to be able to replace it easily.

Don’t give up entirely

You can Vagabond it like I’m doing and go full-time on the road. Like I explained in my Loneliness article, however, that can become quite taxing after a couple of years. Trust me on that one. So, if you’ve got an apartment or a house in the US, consider keeping it and renting it out.

That will help you in many ways. For example, it will give you a steady income. For another, you’ll be able to keep some of your things there. It will also serve as a good way to stay in touch with the people back home.

What’s more, traveling gets tiring after a while. Take it from me. I’m pretty worn out after 4 years on the road. In those cases, it’s nice to be able to return somewhere. It gives you a locus and a safety net at the same time. After all, you might want to get out of here today, but that doesn’t mean you don’t want to move back eventually. Even Trump will have to step down in a few years. And if he hasn’t left the US a smoking ruin, you might want to get involved in building it back up again.

At least, when the time comes I assume, you’ll want to make sure you help elect a suitable predecessor, no?