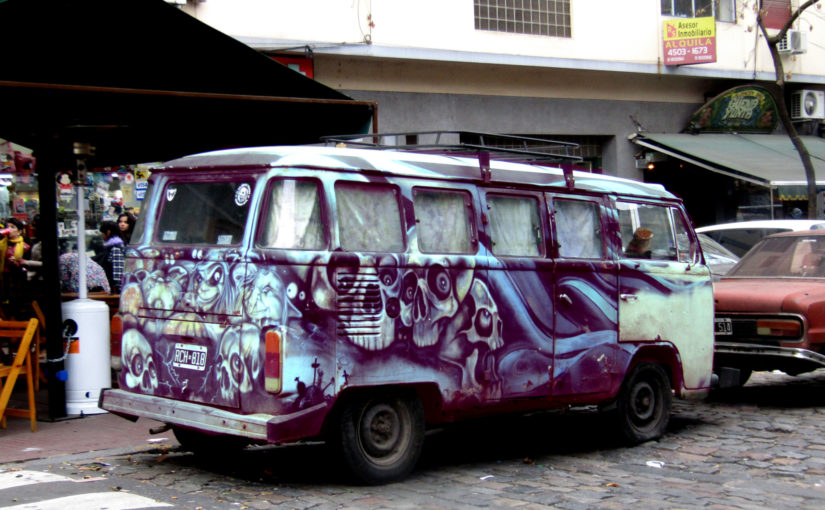 The name Pavlov ring a bell? He was the guy who showed us the power of unconscious suggestion. He had this little bell that he would sound every time just before he gave a dog food. Soon, all he needed to do was ring it and the dog would start salivating.

In the jargon, he created a conditioned response.

After living here for six months, Argentinians have created something similar in me. From this day forward, all you need to say is ‘Buenos Aires’ and the pavement of my mind will be littered with mental turds.

It’s a shame, really. There is so much more to remember here. It’s one of those cities that opens up slowly. It is full of beautiful hidden gems and breathtaking locales. Its people are friendly, warm, cultured, smart and generous. The nightlife warm, the day life relaxed.

The city has a soul I recognize.

It awakens the ghosts of memories long dead. The cafes in the shade of majestic trees remind me of Paris. The cobbled uneven streets recall Amsterdam. The dilapidated decors of Europe in the 80s, when the oxymoronic anarchist movement and right-wing mafia-inspired governments clashed and fought for their vision of the future.

Just today we were wandering around near San Isidro and found an old-fashioned railway station with on one side of the tracks a picturesque café in white wood, while the other side had been claimed by stalls filled with antiques. They had great coffee too – a rarity in a city where most cafes seem to think sugar is a perfectly suitable substitute for coffee. 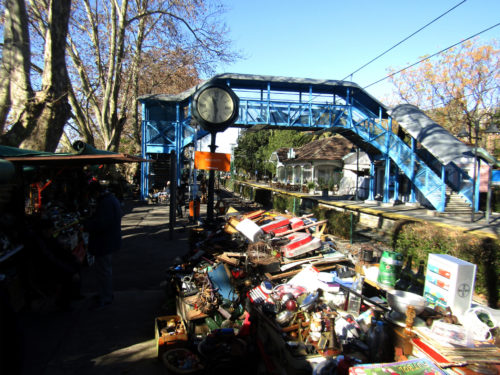 It made my day.

No, it’s not the city that makes it so that BA = DS. It’s the dog owners that do that. For though the Argentinians obviously love their animals, they just as clearly hate cleaning up after them. And that’s disgusting. I mean, have you thought about it?

I mean really thought about it?

Let me spell it out for you. You don’t just have to step in a big pile of brown gunk to end up with shit on your shoes. After all, that stuff gets smeared out over sidewalk by every misplaced foot. And from there you can’t help but pick it up. Sure, it’s only a trace amount, but it adds up. I mean, every ocean is made up of raindrops and every shoe is covered in shit flakes that have collected in the ridges and between the fibers.

What’s more, as this isn’t a culture where you take off your footwear at the front door, those same shoes then go tracking back and forth through your house. That means it gets everywhere. On your floors, your carpets, and those hard-to-clean gaps between your bathroom tiles. Your kids still crawling? Then that brown stuff under their fingernails aint dirt, my dear.

And if that didn’t make you shudder in revulsion then you are made of stronger stuff than I.

Back in the Amsterdam of my youth we used to have the same problem. In some ways, it was worse. Buenos Aires has its beautiful spots, but in terms of true visual appeal, it’s not the Venice of the North. That means you don’t get distracted quite as often and can pay more attention to the space in front of your feet.

In Amsterdam, many a tourist found out the hard way that you can’t just have eyes for the beautiful bridges and buildings. More than once, I witnessed overweight middle-aged German tourists wind-milling desperately to keep themselves from hitting pavement after they’d overlooked a doggy present and found it with sandaled feet instead.

Admittedly that made for a fun diversion, especially as we hadn’t yet forgiven them yet.

But there – even as the liberal society convulsed and twisted into something small-minded and dirty that gave us Brexit, extremism, and destitute immigrants living on society’s fringes – the streets somehow ended up clean. As if by washing our streets we can somehow wash our hands of the civic responsibilities we claimed to champion for so long.

I’m sure we all feel better off for it.

Nostalgia aint what it used to be 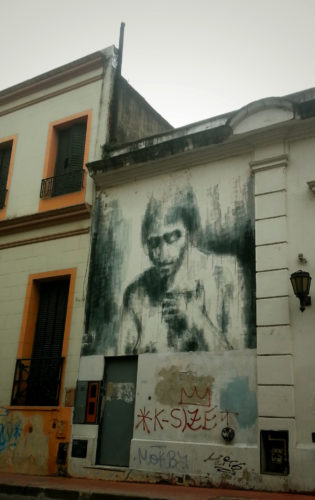 Wait, is that it? Is that this soul I recognize? Is this place some throwback to the Europe of my youth? A Europe long gone? There certainly is something magical about this place, even if you have to look for it between the people sleeping on the streets, the crumbling buildings and, yes, the dog shit.

Where does that magic even come from? Maybe it stems from Argentina being so far away physically, culturally and technologically?

They really are, you know. For example, they still have bookstores aplenty, both new and second hand. Eleven out of 12 copy shops don’t do USB. Their last government tried to deal with 40% inflation by simply denying it existed, even going so far as refusing to create bigger denominations so that cash machines were always empty.

Their fashion sense is still their own, rather than the store-bought ‘individuality’ the rest of the world now embraces. And they believe their food is the best in the world, which just goes to show how few of them are aware the rest of us have moved on from salt and pepper.

Or maybe it’s because they live in a little self-made bubble where to an extent they choose to be blissfully unaware of the things going on beyond their borders. Heck, even as England has done everything but hire tug boats to get away from Europe – they still proudly talk up their heritage.

(I think we’d all benefit if we spent a little less time paying attention to each other’s headline woes. Maybe then we’d realize that contrary to public belief the world is still actually getting better and that it’s just our 24-hour global news cycle that makes it feel worse.)

Whatever the reason may be for why this country feels so special, that it is is simply indisputable. The place is vibrant, and vital, and fascinating. And it makes me appreciate my time here immensely. I’d love to come back – though for conflicting reasons.

On the one hand to see the Europe that might have been but never will be. On the other, to explain to them that there really no longer is any reason for them tell everybody they’re European.

Being Argentinian is good enough.

When I do come back, however, I’ll be sure to bring spices and coffee. And I might just leave my sandals at home, because when a misstep sends it curling up between your toes like so much warm silly putty, that is a memory no amount of culture, however enchanting, can ever make you forget.

At the same time, perhaps I prefer the dog shit between my toes here in Argentina to the dogmatic shit people keep dumping between my thoughts in the rest of the world. After all, you can wash your feet, while the racism, fear and hate politicians keep spewing is going to clog the recesses of our collective unconscious for decades to come.