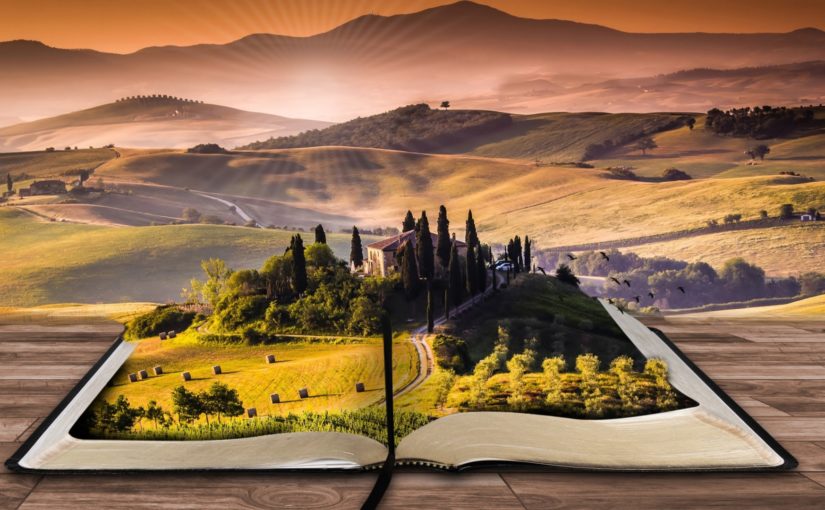 Two things together form the holy grail of writing: Writing better and being able to write more when you do write. In a seperate article I’ve handled writing better (and expanded on it here and here), while yet another post covers making your words fly. Today I’m going to focus my attention on writing more, as in the last year, as I’ve launched my freelance writing career I’ve made some very big strides in my productivity.

I remember how it used to be.

I would struggle to get more than a few hundred words down a day in the beginning. On most days, the first book I wrote was trench warfare. It was a war of attrition with me against the written word. Every battle was hard fought. On those I came out victorious I would be able to add just a few inches of territory, while those where I lost I ended up deleting whole stretches of text in self-disgust.

I’m sure we’ve all been there; your inner critic like a hard wall against which you repeatedly have to bang your head.

Eventually, I did ‘finish’ it (though nobody will ever get to actually read it), but it was an immense struggle that had me spend 6 months for 100k words. Today that’s different. I regularly produce somewhere between 3000 and 4000 words a day now, six or seven days a week. That means I put out about 100k words a month!

Obviously, that helps a great deal with being a successful traveling freelancer, particularly as many jobs pay per word. So, how did I get here?

Writing is a skill

The first thing you have to accept is that you won’t start here. We all have to get better at writing. Sure, you can be talented at it, but talent alone is not enough.

You need to put in the hours to take that rough stone that is your writing skill and polish it into a diamond. In fact, that metaphor does not quite do it justice, because at one point you’ll be done with that diamond, while that will never happen to your writing. If you want to excel you’ve got to embark on a journey with no final destination – a journey of constant self-improvement (maybe that’s why so many successful writers travel?).

And it is not a journey unless you’re moving. You have to work at it. That takes either discipline or external motivation to push yourself to produce. When I was writing that book I relied on discipline and I did become more productive over time (my second book wasn’t half as much of a struggle).

What really got me moving, however, was when I became a full-time freelancer and I simply had to produce, as my savings were dwindling and people depended on me.

So I produced. It was hard, it was thankless and it put me under incredible pressure, but day by day I got better and I was able to write more. I remember the first ebook I wrote for somebody. I had to write a thousand words a day and it took me all day for two weeks. It destroyed me. Now I can produce something like that in a week and have plenty of time left over for sightseeing, drinking and living it up.

So work at it.

You shouldn’t write and edit at the same time

Probably the biggest problem with writing a lot is that little guy on your shoulder (I always imagine him as an angry leprechaun with his features twisted into a constant sneer). You know who I mean, the little voice in your head who is constantly whispering things like ‘that’s not good enough’ and ‘should you really write it like that?’

In the beginning, I was a slave to his criticism. Eventually, however, I learned the right way to answer him.

I call it the procrastinator’s response. It is the ‘yeah, you’re probably right, but I’ll deal with that later’ and ‘I’ll get to that in the next draft’. Then I just keep writing.

Sometimes, when he really gets the upper hand and I can’t write a section, I’ll just leave it blank, putting in square brackets what I want to write and returning to it later. The goal is to keep writing, as when you’re in the zone, when you’ve got flow, the words simply pour onto the page. The moment the little guy gets the upper hand, however, that’s it. The flow is gone and every word again becomes a struggle.

And so I put him off with the procrastinator’s response.

This has two big advantages:

• First of all, it means you can keep writing and that is obviously huge.

• The other one is that it means there is a distance between when you write something for the first time and when you sit down to edit it. This is vitally important, as it will allow you to be far more objective about whether the words are actually any good, allowing you to avoid those all too common episodes where you delete whole stretches of perfectly good text because you’re having a crisis of faith.

Don’t write under your own name

When I started out I knew I wasn’t very good. How could I be? There was still so very much to learn! I knew I had to write to get better. The thing was, however, with the internet being what it is, I felt like every piece of text I put out under my own name would haunt me for the rest of my life.

And so I became obsessed with writing perfect prose – not writing down any idea that wasn’t absolutely excellent, editing those texts that I did manage to write dozens of times and abandoning far more projects than I finished. In other words, my quest for perfection ended up paralyzing me.

For me, the solution was ghost-writing. I’ve done a lot of it (and still do, as a matter of fact). The great thing about ghost-writing is that you can churn out the content and as long as the client is happy, you’re done with it. It will get put out there under somebody else’s name and you never have to think back to it again (and trust me, when you’re putting out dozens of articles a week, you don’t).

For me, that means two things.

Then, when you feel you’re ready, you can start writing under your own name again, with the lessons from ghost-writing deeply engrained in your writing subconscious.

Switch off the distractions

We’re terrible at multitasking. In fact, there is research that points at it might actually kill brain cells. Whether that’s true or not, it is a fact that constantly checking social media and allowing yourself to get distracted will kill any chance that you’ll actually achieve flow and murder your productivity.

For that reason, I often write offline. First I’ll gather what I think I’ll need (you can easily save websites by right-clicking on them and hitting ‘save as’) and then I simply turn the wifi off or go somewhere where it can’t reach me.

Sure, I’ll frequently realize I need an extra resource half way through, but in that case, I’ll again use the procrastinator’s response and come back to it later.

Of course, getting away from the internet is far easier for me out here in the boondocks where the internet is spotty anyway than it might be for you. If you can’t simply turn off your wifi (or it is just too easy to hit that button and turn it back on again) consider installing something like selfcontrol (it is just for mac but there are variations of this theme for PC as well).

Programs like this will block social media, Netflicks and other similar problematic websites for predetermined times (you predetermine them). In this way, you’ll still be able to do the research, while preventing the biggest distractors from pulling you in.

Accept that some days you will fail

Some days you are just more productive than others. That’s life. Don’t make it harder on yourself by keeping going when it really isn’t working. Instead, go do something else for a while and come back to it. If it still doesn’t work, accept it and move on. Take a day off.

Sometimes I have trouble following this advice myself, but when I do I often find that when I come back to it the day after I’m actually far more productive due to the break and I can easily make up the work that I didn’t do on the day I missed out.

Even if I’m not, kicking myself for something in the past is counter-productive. It doesn’t help anybody to dwell on something you can’t change and will in fact probably mean you’re not as focused on that which you can change – how much you write in the days to come.

So focus on doing better in the future, because as long as you keep trying, keep working at it and keep putting in the effort you’ll get better, faster and more effective.

That’s how I got from struggling to write a few hundred words a day, to being able to produce several thousand words with enough time left over to travel the world, see the sights and enjoy my life.