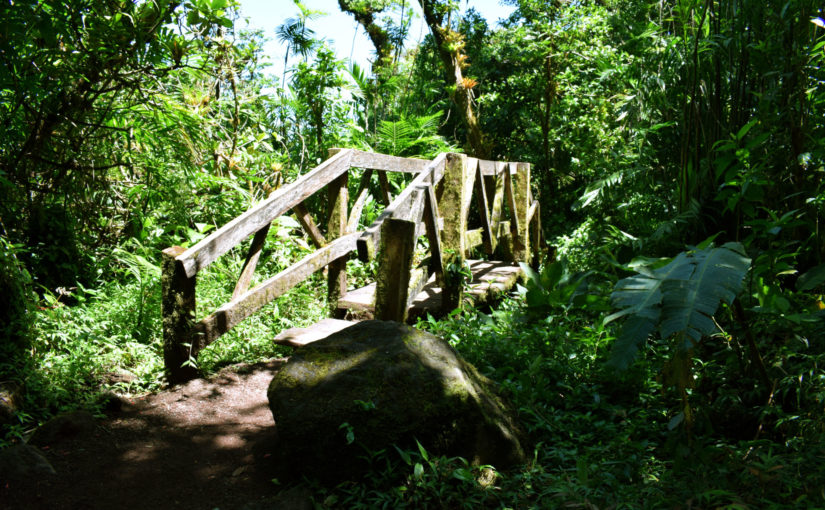 It’s quite incredible what some people believe about the digital nomad life. Whenever I scan the many questions of the wanabes I’m left dumbfounded. Do you think digital nomads live in paradise? Are we modern-day gods to you?

Sorry to burst your bubble, but it isn’t anything like that.

I mean, don’t get me wrong, I enjoy what I do. I’ve met tons of awesome people, visited lots of countries (I’ve long since lost counts) and done some awesome things. For example, a few weeks ago in Nicaragua, we climbed a volcano and swam in a crater lake, near Granada. Last night we were in a hostel located beautiful old mansion in Costa Rica called Tripon 2. There the owner plied us with free rum as we discussed how we could work together.

Want more? Okay, this text is being written at 40,000 feet as we make our way to Panama. We’re going there so that my girlfriend can hang out with her best friend for a little bit. The day after? We’ll be in the old walled colonial city of Cartagena, Colombia on the Caribbean coast.

Sounds nice, right? Of course, I cherry picked those. I mean, I didn’t tell you about the guy who machine gun farted throughout the night in our dorm two nights ago. I didn’t talk about the client who I haven’t heard from since I finished five stories. Nor did I mention the big fight I had with my girlfriend after a long bus ride and a tight deadline (both make me cranky).

In short, there are a lot of myths about digital nomads and the life is often idolized and misunderstood. That doesn’t mean you shouldn’t embrace it. There are some great plus points. Just make sure when you do, you do so with all the facts and your eyes wide open.

Otherwise, you will be disappointed.

Let’s deal with the most common one first, which is the one created by all the digital nomad pictures on the blogs and social media. They give the idea that this is a life where you’ll only have to work two hours a day and can do so while staring out over the waves and sipping cocktails.

That isn’t even close to the truth, as a friend of mine recently pointed out.

Just like in the sedentary world, if you want to get ahead you have to work more – so most of us work a lot of hours. What’s worse, you don’t have a fixed office. And though sometimes you might get lucky and work from somewhere inspiring and beautiful, other times things aren’t quite as much fun.

We don’t work on the beach because the sand ruins our computers. We don’t work from the mountain tops because there is no internet and our batteries run out. Most of the time we don’t even work outside as we’re in the tropics and it is too hot and humid to be comfortable.

Often you’ll have to seclude yourself in crappy hotel rooms. The kind of place where the most inspiring thing is a clichéd painting done by the owner’s half-blind idiot aunt with a thing for what you guess must be ducks. There is never a couch, so you end up on the bed with only a raggedy pillow for support. My back hates me because of how I sit when I work.

Not quite as idyllic as you thought, right?

You will be a different person with a wonderful personality 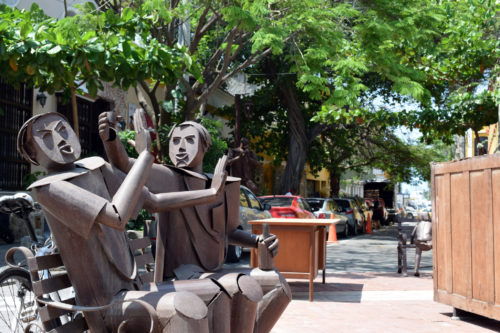 There’s another big one, which is often not explicit and all the more tenacious for that. It’s the idea that if you can get on the road, somehow you’ll become a better person. To believe that is a mental mistake. Newsflash, you don’t suddenly change on the inside. That means that if you’re a miserable dick, chances are you’ll still be a miserable dick.

Sure, there are opportunities for change, but a lot of people don’t take them. They prefer going back into the same old routines as back home, only this time while wearing a flower-print shirt.

Even worse, some do change but they change for the worst.

There are two kinds of horrible digital nomads that you keep running into. The first one seems to think that being in a foreign country gives them permission to bitch about everything. They complain about the weather to the women – even as they live lives they could only dream of back home.

The other kind is worse. They think they’re the absolute shit and that because they left home no rules apply to them. And so, they take advantage, they’re more arrogant than Kanye West, and they act like the locals aren’t even human.

All your problems will magically disappear

This one’s interlinked with the last point. People seem to think that if they can get away, then their problems will go up in a puff of smoke. To be sure, some problems are location based. Like you can get away from your mother in law and you might not suffer from hay fever.

Other problems aren’t situational, though. They’re personal. If you’re not good with money, you still won’t be good with money (in that case, learn how to save money instead). If you’re lazy, you’ll still be lazy. If you have trouble connected to people, then that won’t change.

And though the problem will disappear for a while as you get swallowed up by the exuberance of living on the road, that will die down. And then those problems will resurface.

Of course, you want to avoid that. You don’t do that by running away, however, but by working on yourself. For as some dude said, ‘wherever you go, there you are’.

Okay, yes. You’ll probably have more flings and short relationships than you did back home and for some people, that’s enough. Of course, that’s not love. Love is something that last, that’s enduring. And it is hard to find while traveling.

Because most people you meet aren’t willing to give up their settled life for a vagabond existence. If you want to be with them, then often you’ll have to sacrifice your way of life. There aren’t that many people out here that are willing to give it all up to live the way you want to.

That’s why there are now online groups dedicated to helping digital nomads find others like them so that they might be able to link up. Even then, generally it will only last a few weeks or months. That’s because, in essence, the digital nomad existence is all about avoiding commitment. Therefore eventually most people will seek out freedom and head off in different directions again.

I’ve been lucky that I found somebody who wants to live the way I do. It took me years to do so. And we often struggle, argue and fight. It’s unavoidable, as we’re together 24/7 and it can be hard to find other people that offer up a change of pace.

Be aware of that.

This one amazes me the most. There’s this group of people who seem to think that digital nomads are communists and socialists with a hip name. They talk about how fairness and equality and how we should lift up instead of exploiting the locals. Then they’re surprised when they’re greeted with anger and contempt.

Now don’t get me wrong, I applaud any effort to make the world fairer and a better place. That’s not the problem. The problem is that digital nomads aren’t hippies. Most of them aren’t very spiritual. In fact, this life is really another form of hedonism, where you collect experiences instead of things.

What’s more, rather than passing beyond consumerism, digital nomads depend on it. Most of us freelance for or have companies that are still very much plugged into the capitalist system. Sure, many ventures have a green element, but most are still internet-based companies. Even worse, they’re aimed at gratification and satiation, which is what capitalism is all about!

The vast majority of digital nomads aren’t enlightened. Nor are they saints. Instead, they’re hard-nosed (or wannabe) entrepreneurs using whatever tricks they can to get ahead. This includes using the difference in living expenses. 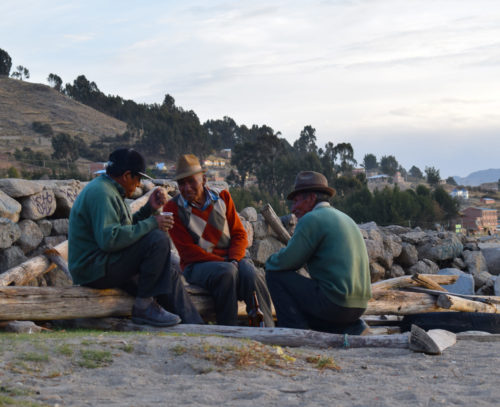 Only last week I wrote about the conflict at the heart of the digital nomad existence, where freedom butts head with our innate need to belong. And that’s a real problem. Most digital nomads end up feeling empty. They feel like something is lacking in life. That’s why many give up and go back home, eventually.

But that’s not the only way that relationships matter. Because a lot of us are freelancers, we have another important type of relationship. The one with the clients. In fact, as a freelancer who can never meet your clients face-to-face, it is even more important that you stay on their radar. For if you don’t, then they’ll forget about you sooner or later and find somebody else to do the work for them.

And so you constantly have to be reaching out to people, staying in touch and making new connections as well. That means spending a lot of time online and a lot of time on relationships.

It’s a life not the life

Again, this is a great life for some people. I love it. At the same time, it is only a life. If you embark on it, a lot of the things you’ll imagine will change, won’t. You’ll still be the same person, living in the same world, and plugged into the same economy.

If you’re alright with that – if you’re happy with who you are and just want to see more places – then this can be a great life for you. If you’re looking to transcend or if you want enlightenment, well then look elsewhere. Perhaps you can try organized religion.

I hear Buddhism works for a lot of people.